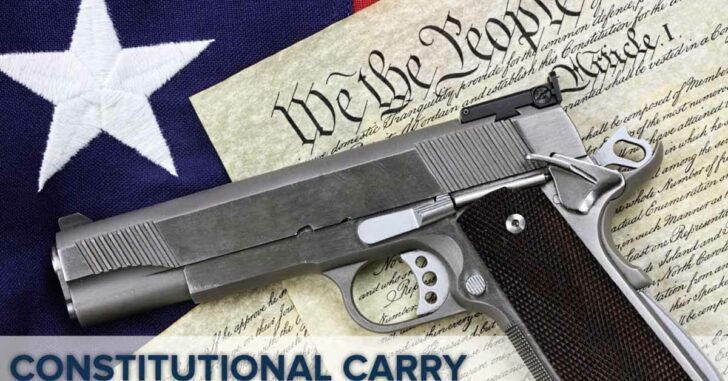 BATON ROUGE, LOUISIANA — If Rep. Barry Ivey, R-Baton Rouge has his way, Louisiana will be the next state on the growing list of states that allow “Constitutional Carry.”

For those not familiar with the relatively new term, Constitutional Carry is both the legal carrying of a handgun without the state requiring a government-issued permit to do so and the belief that the Second Amendment serves as the de facto permit needed to exercise that right.

2015 saw fourteen states, including Louisiana, introduce bills allowing some form of Constitutional Carry, with Louisiana’s proposed constitutional amendment due to come before the regular legislative session in March.

In addition to proposing a constitutional amendment, Ivey has filed a second bill which would change the statutory law in Louisiana.

Because a constitutional amendment requires a two-thirds vote in both the House and the Senate, as well as a majority vote by Louisiana voters, it is more difficult to appeal and overturn, and thus the preferred method of passage.

The second bill, though more easily appealed or overturned, would have the same end result and require only a majority vote in both chambers and a signature by the Louisiana’s pro-gun Governor, John Bel Edwards.

Ivey is confident that, with the “coordinated effort to engage the people of Louisiana in raising their voice to the Legislature to request that the issue make it to the ballot” 2016 will be the year that Constitutional Carry gets passed in Louisiana.

As it currently stands, Louisiana law allows residents over the age of 21 to open carry without a permit.

Previous article: Irresponsible Gun Owner Leaves Purse And 9mm Behind At Restaurant: Not Everyone Is Cut Out To Be A Gun Owner Next article: Bill Introduced Would Require University Of Alaska To Allow Campus Carry