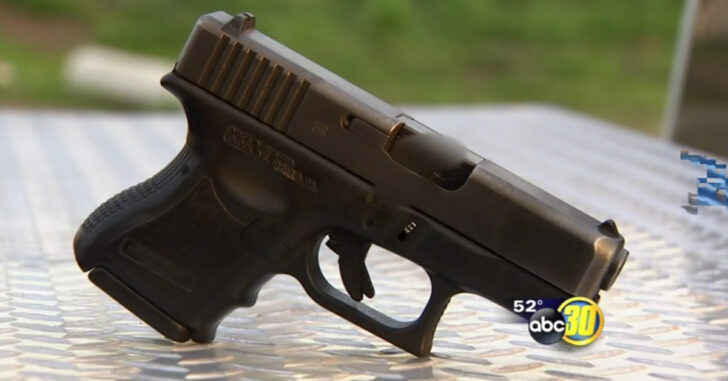 FRESNO, CALIFORNIA — A pocket-carrying homeowner took matters into his own hands when he saw someone walking around inside his home as he was outside doing yard work.

That homeowner, who did not want to be identified, says he’s had his concealed carry permit for 50 years in California and it’s the first time he’s ever been forced to draw.

When police arrived, accompanied by helicopter with a good visual on the situation, they found the homeowner with his Glock trained on the suspect, 54-year-old Enrique Garza. Police hailed the homeowner’s actions, saying it was a good thing his gun wasn’t sitting inside a safe, out of reach when needed most.

“You have to learn to be careful in this world, because there’s a lot of crazy people out there,” said the homeowner.

The Fresno County Sheriff’s Office mentioned that before the attacks in San Bernardino, concealed carry permits were issued in about one month. Now after the attacks, demand has skyrocketed, which has created a longer wait time of up to 10 months for permits to be issued.

Previous article: Superbowl Sunday: If You're Going To A Party Hosted By A Person Not Wanting Concealed Carry, You're Legally Obligated To Respect Their Wishes Next article: Proposed SC Bill Would Allow Teachers To Carry Concealed In School