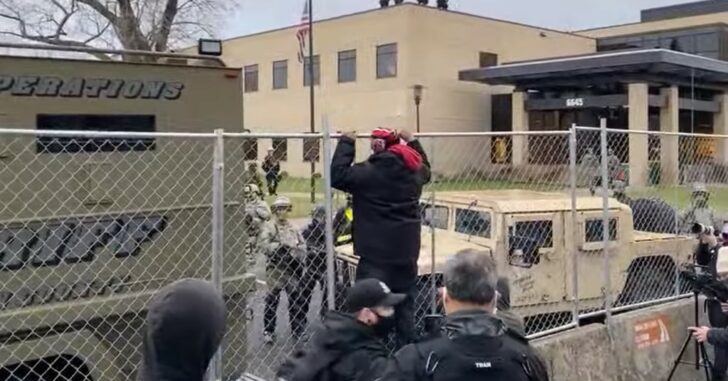 BROOKLYN CENTER, MINNESOTA — The officer who fatally shot 20-year-old Daunte Wright during a traffic stop, who apparently meant to deploy her taser instead of her handgun, was charged today with second degree manslaughter.

A Facebook notification came across my desk about one of the live streams at the Brooklyn Center Police Department, and I wondered why the protests were going on — and seemed more heated than ever.

After hearing that Potter had been released on bond, it’s apparent that the protests have shifted in a show of force against this bond release.

With homes close by to the police station, it can become a dangerous situation for them, as well as others in the area. If we learned anything from the protests and riots that happened in the summer of 2020, devastation can come in a hurry.

The live video feed can be viewed below.

Previous article: WHY WE CARRY: Suspect Shoots Officer Multiple Times During Traffic Stop, Goes On To Murder Woman To Steal Her Car Next article: Bill Introduced That Would Ban Magazines Holding More Than 10 Rounds