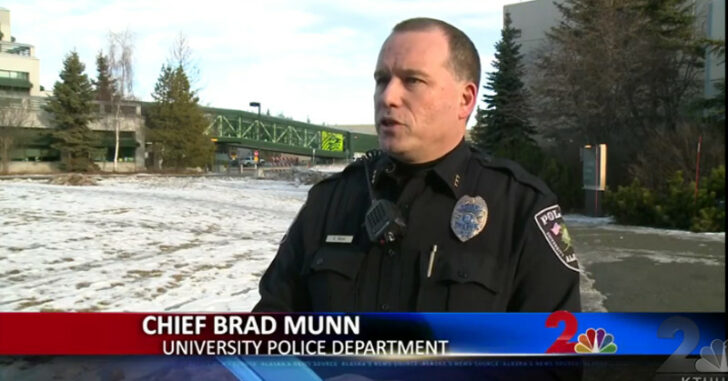 ANCHORAGE, ALASKA — A long-time permitless carry state is now considering a senate bill which would allow people walking onto their public universities to carry concealed.  At present, the University of Alaska has established their campuses as “gun free zones”.  Although violating this policy does not carry with it the same consequences as doing so in Ohio, Senator Pete Kelly of Fairbanks wants to end this double standard once and for all.

Senator Kelly released a prepared statement to KTUU in which he addresses this safety issue.

“Mass shootings are happening almost exclusively in gun free zones. Shooters are intentionally targeting these soft targets, knowing their victims have been disarmed and pose little or no threat,” Kelly wrote.

At present, the biggest opponents to this legislation are law enforcement officers on the campus who presently enforce the school’s policy of no guns on campus.  If a University of Alaska campus police officer discovers a student, employee, or faculty member to be carrying openly or concealed, he can ask that person to leave campus.

“The policy would eliminate the university’s right to control what happens on its property when it comes to concealed weapons,” UAA campus police chief Brad Munn told Channel 2.

The Senate Bill which would effectively eliminate the University of Alaska’s “gun free” policy, S.B. 174, is currently being discussed in the Alaska Senate.

We’ve discussed in the past the pros and cons of eliminating schools as “gun free zones”.  The obvious pro is that it ensures a shooter on campus doesn’t have his “pick of the litter”.  He will be contested and he will be resisted — those are definitely good things.  The cons really reside in the arena of responding law enforcement officers being able to differentiate good guy from bad guy AND good guys using proper judgement in engaging bad guys on campus.

Those are two serious cons that I think honestly need to be discussed rationally and with cool heads.  We’ve written a few very informative articles on how to identify yourself and comply with law enforcement in a mass shooting event.  More importantly: we’ve had current and former law enforcement chime in with additional tips and suggestions in the comments section of our “How To Distinguish Yourself From The Gunman” article.

Make sure to read the comments section.  It’s chalked full of great insight from our long-time readers.

Do you know what would be a cool idea?  This is just ‘thinking outside the box’.  What if universities sponsored training exercises between the campus and local police and volunteer concealed carriers on campus.  Those concealed carriers would not be considered law enforcement but could undergo training and mock simulation so that police can both observe how campus concealed carriers react and also learn lessons on how to properly differentiate them from a potential bad guy.

This would be considered a proactive solution to the problem.

What are your thoughts for potential remedies to the friction campus police sometimes feel when faced with the idea of concealed carry on campus?  Tell us in the comments section below.