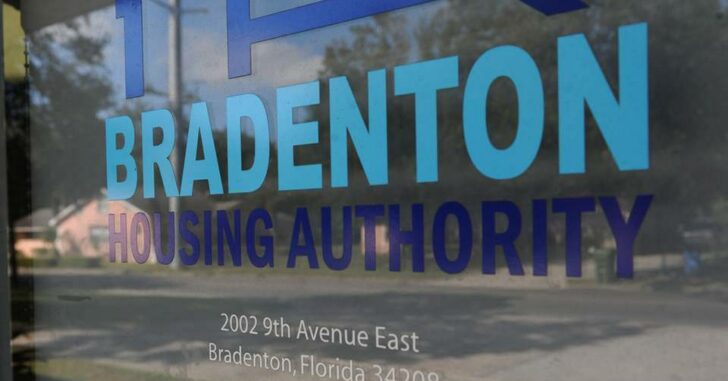 BRADENTON, FLORIDA — Sometimes, it’s best to keep your mouth shut. Concealed means concealed, and it backfired hard on a few law-abiding citizens who are employed with Bradenton Housing Authority.

During a staff meeting last month, a few employees acknowledged that they carry firearms while at work. As a result, Executive Director Ellis Mitchell Jr. immediately sprung into action by enacting a ‘No Weapons’ policy.

He was conducting a scheduling meeting with staff when one said: “Don’t worry about me. I’m protected.”

Mitchell asked the employee what was meant by the statement. It was revealed at least two employees carry a firearm at work on a regular basis.

“Our policy will say no weapons in the buildings and I mean no weapons of any kind,” said Mitchell. “I’ve ordered ‘No Weapons’ signs for the doors and next month we will have metal security wands to use at all facilities.”

But don’t worry, armed citizens, there’s insurance for that;

Discussion among board members about the weapons ban was minimal, but the general consensus was BHA employees, if hurt on the job by someone else, are covered under the agency’s liability insurance.

If you’re killed on the job, however, that’s another story. In the end, the employees who carried are no longer able to defend themselves if the need arises. Up until this point, no issues were brought to light with the employees who did carry. No printing, no negligent discharges, no talk, and no exposure.