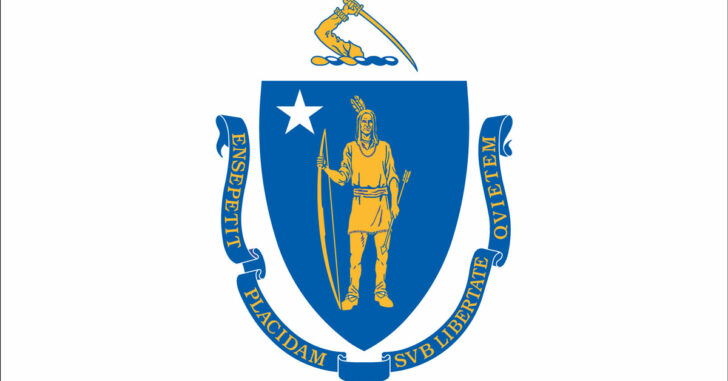 “Critics are blasting a Massachusetts city’s new law that they claim requires residents applying for a license to carry handguns to write ‘an essay’ and pay upwards of $1,100 for [five days of] training,”foxnews.com reports. “The new laws take effect this week in Lowell, a city of 110,000 that lies 35 miles north of Boston. Pushed by Police Superintendent William Taylor and passed by the City Council, they require applicants for unrestricted handgun licenses to state in writing why they should receive such a license.” And to think the American revolution started in Massachusetts. lowellsun.com gives us the numbers involved . . .

According to Taylor, Lowell has about 6,000 licenses-to-carry issued. The “vast majority,” he said, are restricted, which do not allow residents to openly carry guns.

Lets be clear about that. “Massachusetts is not a traditional open carry state,” opencarry.org informs, “but it is not a crime for Class A License holders to open carry. However, it is reported that some jurisdictions will use this as an excuse to revoke permits.”

What are the odds in gun-friendly [/sarc] Lowell? And let’s be clear about the Bay State’s classification/restriction system [via wikipedia.org, emphasis added]:

FID (Firearms Identification Card): Permits the purchase of rifles and shotguns with a capacity of no more than 10 rounds and their carrying for hunting and sporting purposes.[4] FIDs are “Shall issue”, except if the applicant fails a background check or is deemed “unsuitable” by the Police Chief.

LTC-A: This license allows purchase any firearm legal in the state of Mass, are authorized to own “large capacity” firearms holding greater than 10 rounds assuming the magazine is “pre-ban” (Manufactured prior to September 13, 1994) post ban high-capacity magazines are not legal in MA with the exception of Law Enforcement. An LTC-A is the only permit that allows concealed carry in MA assuming it has not had any restrictions placed on it by the Chief of Police or issuing authority.

LTC-B: This license allows purchase/possession of all high capacity rifles/shotguns and standard (not high) capacity handguns. One may only purchase/possess handguns that are not on the Large Capacity Weapons Roster, nor in the presence of a magazine with a capacity of greater than 10 rounds. Handguns must transported unloaded and locked in a case at all times with this license; no ccw is permitted. This license is no longer being issued as of 2015.

Additionally, LTC permits may have the following restrictions, however, none of these restrictions have been clearly defined by state law, and are subject to each Chief of Police’s definition of such. Violation of the restrictions imposed by the licensing authority shall be cause for suspension or revocation of the license and a fine of $1000-$10,000:[3]

Employment: restricts possession to business owner engaged in business activities or to an employee while engaged in work related activities, and maintaining proficiency, where the employer requires carry of a firearm (i.e. armored car, security guard, etc.). Includes travel to and from activity location.

Target and hunting: (Most Common restriction)– restricts possession to the purpose of lawful recreational shooting or competition; for use in the lawful pursuit of game animals and birds; for personal protection in the home; and for the purpose of collecting (other than machine guns). Includes travel to and from activity location

Sporting: restricts possession to the purpose of lawful recreational shooting or competition; for use in the lawful pursuit of game animals and birds; for personal protection in the home; for the purpose of collecting (other than machine guns); and for outdoor recreational activities such as hiking, camping, cross country skiing, or similar activities. Includes travel to and from activity location.

Other: (Very Rare) Issuing Chief has special reason or direction for the restriction of the permit. Can vary greatly.

Jim Wallace, executive director of Gun Owners Action League of Massachusetts, is telling Lowell residents not to submit the essay and contest any subsequent denial in court. Good luck with that.

Meanwhile, Massachusetts residents can rest assured that no one’s coming for their guns. Why should they? The government stops you from keeping and bearing arms in the first place. Or in certain places. Same you-know-what, different wrapper. [h/t NM]

Previous article: #DIGTHERIG - Patrick and his RIA 911 Next article: Intruder Shot In Legs By Homeowner, Can't Make A Run For It Before Police Arrive