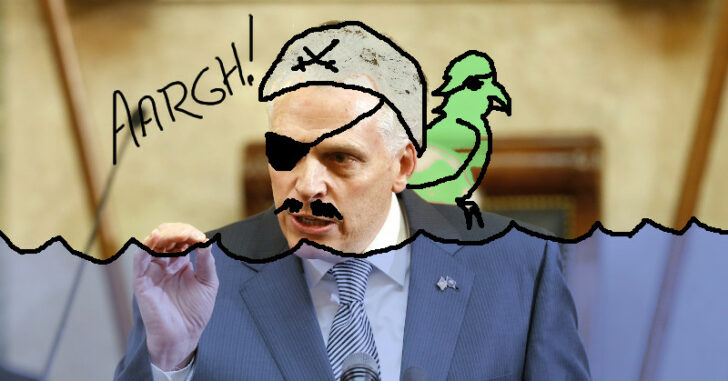 FAIRFAX, VIRGINIA — Governor Terry McAuliffe has struck a deal with the Republicans from the great Commonwealth of Virginia.  In exchange for calling off his dog, Attorney General Attorney General Mark R. Herring, from tearing apart a majority of agreements to reciprocate concealed carry permits with other states, Republicans must now allow a bill to pass the House and Senate which will allow Virginia the right to seize weapons from someone under a two-year protective order for domestic-violence offenses.  The state also has the excuse it needs to insert itself at gun shows by providing background checks on potential buyers at the seller’s request.

“This is a bipartisan deal that will make Virginians safer,” McAuliffe spokesman Brian Coy said. “It also demonstrates that Democrats and Republicans can work together on key issues like keeping guns out of dangerous hands.”

“Bipartisanship requires give-and-take by both sides,” said Matt Moran, a spokesman for House Speaker William J. Howell (R-Stafford). “This agreement restores reciprocity for law-abiding Virginians while sending a clear signal about domestic violence. There’s a lot to like here.”

Both sides framed the deal as a win for Herring (D), whose decision on concealed-carry reciprocity motivated both sides to hammer out a deal.

Screeeeech halt.  So, an executive political figure decides to toy with the legalities of a person’s right to self-defense and this is considered a good decision?  Something is not right in the state of Denmark.  I don’t personally mind if those who are convicted of domestic violence have to deal with some serious hoops.  I can’t say I particularly care if a private seller at a gun show wants to make sure his buyer passes a background check.  But to use a person’s right to carry concealed in other states or to potentially subject out-of-state visitors to charges relating to the illegal possession of a concealed firearm is ridiculous.  This could have seriously ruined some people’s lives if allowed to go on.

More importantly, for those living in towns like Bristol, VA, where literally half the city is in another state not covered under proposed reciprocity changes, you’re effectively forcing that population to either carry illegally (which we never advocate) or seriously do some ninja acrobatics to avoid breaking the law.

That is almost the very definition of the lengths a corrupt, bureaucratic system will go to achieve agendas.  One thing we need to make abundantly clear: real politics SHOULD NEVER resemble House of Cards. The only good news to derive from this is at least Virginia’s reciprocity agreements won’t be held hostage.  For now.