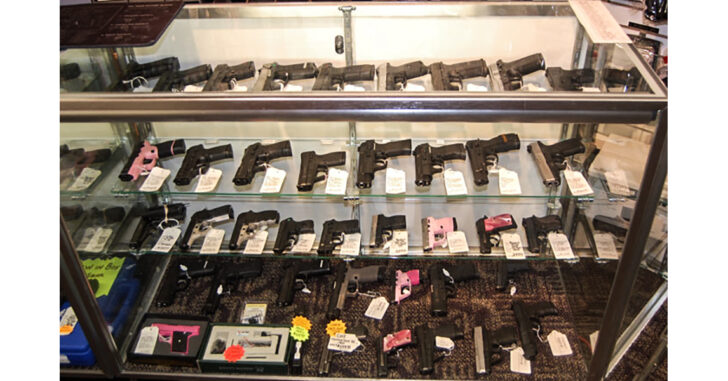 Admit it. You’re intimidated by the thought of buying a used gun. It’s nothing to be ashamed of. Plenty of gun owners are. “Why did someone let go of that WonderNine Gen2?” “Does the fact that it’s for sale mean there’s something wrong with it?” “What if I buy a dud?”

First, relax. While yes, it’s possible to get a problem gun, the odds are against it. The vast majority of used firearms in your local gun store’s counter aren’t there because they’re busted. They’re there because someone traded them in. Their owners just had to have the newest, latest and greatest thing they just saw their buddy shooting at the range.

Plus, guns are basically simple tools that will easily last for decades with minimal care and feeding. But that does’t mean there aren’t a few simple things you can check to ensure that what you’re buying will go bang when you pull the trigger…and keep doing that for as long as you own it.

To keep the list reasonable — and because this is Concealed Nation — let’s confine ourselves to handguns, the firearm you’re most likely to carry and use to defend yourself and your home.

First, give the gun a good once-over. Are there any significant dents or dings visible? Any rust or pitting? Depending on how you plan on using the pistol, plenty of gun buyers don’t mind some external scuffing or holster wear as long as the gun functions as it should. Rack the slide and make sure it locks back. Then use the slide stop to release it. Everything should operate smoothly and feel grit-free. Next, put a little pressure on the sights. If they’re drift-adjustable, they should stay firmly in place. Take a look at any external screws, too, to make sure they’re not stripped our gouged. That’s a possible sign of some ham-handed home gunsmithing.

If the pistol has an external hammer, cock it. Then put some pressure on it. It shouldn’t budge. If it’s a DA/SA gun and there’s a de-cocker, de-cock it. Make sure it’s dropping the hammer as it should. Once the slide is off, look around. Are the rails in good shape and rust-free? Take a peek at the internals for signs of gouging or abuse. If the gun looks like it’s been modified, you may want to pass. Look at the feed ramp for any divots or deep scoring. Some people decide their ramp needs polishing and it only takes a slip of the Dremel tool (or the wrong tip) to do some damage. If you’re looking at a revolver, take a peek inside the forcing cone. Make sure it’s smooth without undue scoring or damage (expect a little wear). Also check the cylinder latch to make sure it moves freely and isn’t cracked or chipped. Next, take a peek down the barrel. Point the other end at something white so you can clearly see the lands and grooves. Is the barrel shiny and free of scoring? You’re looking to be sure the previous owner didn’t like to clean his handgun with a steel brush. Likewise, you don’t want to see any rust or pitting. Finally take a look at the crown. There shouldn’t be any uneven wear or dings (unless you don’t really care about accuracy).

On a semi-auto, take a quick look at the extractor to make sure it isn’t damaged or chipped.

Finally, one last thing: get out your smart phone and Google the model you’re considering. Enter “WonderNine Gen2 recall.” If your gun model had a problem in the past, you’ll be able to check to see if the serial number of the pistol in your hand was included.

Buying used shouldn’t be scary. With a little homework on the model you’re thinking about buying– forums can be a big help here — and five or ten minutes of due diligence, you can be confident you’re getting reliable gun. Buying used is a great way get a bargain, get a newbie started shooting or pick up an obscure or out-of-production model that can be a real gem.