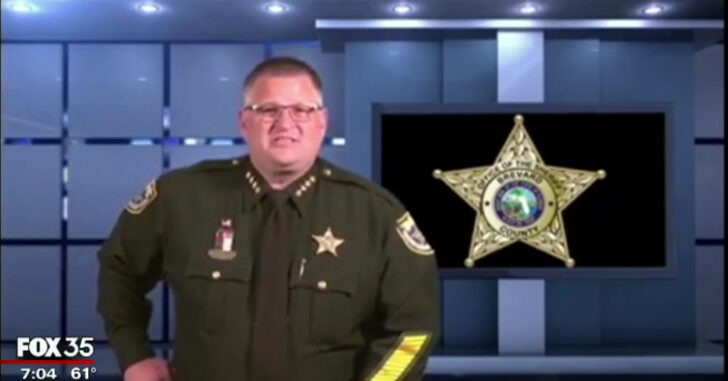 BREVARD COUNTY, FLORIDA — The sheriff of Brevard County, Sheriff Wayne Ivey, has issued a seven minute video urging the residents of his county who can legally carry to do so for their own safety.  The video went viral and gained traction with FOX News 13.

Sheriff Ivey said in his video, “The purpose of this video message is to tell our citizens that if a terrorist attack or active shooter scenario can happen in California, Texas, South Carolina, or Paris it can happen right here in our own back yard.”

More importantly, he gives a great reason for concealed carriers to begin paying attention to their responsibilities.  He identifies his county as eighth in the state in terms of the number of concealed carry permits issued.  That, he states, comes with the added responsibility that concealed carriers and gun owners in general might have to get used to being their own first line of defense.

“If you’re a person that is legally licensed to carry a gun, now is the time to realize you, and you alone, may be the first line of defense for you, your family and others around you in a terrorist or active shooter based scenario,” said the sheriff.

This echoes a lot of what we’ve been saying at Concealed Nation.  We urge responsible daily carry by concealed and open carriers alike.  Be aware of your surroundings, your friends and family, train, and always stay vigilant.  It’s part of our bigger message urging everyone to get committed to carrying concealed everyday.

This also echoes another message given by the sheriff of Ulster County in New York and many other sheriffs who take the safety and security of their communities seriously.

Lastly, we applaud the sheriff of Brevard County for coming right out and saying what many gun owners and law enforcement officers must have been thinking.  We couldn’t agree more with the sheriff when he says, “The only thing that stops a bad guy with a gun is a good guy with a gun.  This is about saving your life.“