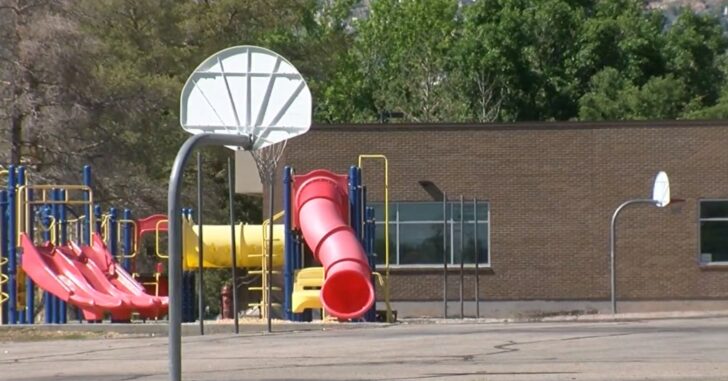 A teacher in Utah is being credited with saving a student from a man who police say was attempting to kidnap an 11-year-old girl on school property.

On May 25th, police were called to a local elementary school after receiving reports of an attempted kidnapping. The 41-year-old suspect, identified as Ira Cox-Berry, approached and grabbed a student while she was on the playground. A teacher nearby witnessed the incident and confronted the suspect, telling him to leave. The suspect let go of the child, who ran into the building and into a classroom.

The suspect then approached the building “and began punching the window in an apparent attempt to force his way inside.” It’s at this point that the teacher drew his firearm and held the suspect at gunpoint while calling 911. Police arrived shortly after and took the suspect into custody after a brief struggle.

The press release, seen below, mentions that the teacher holds a valid concealed carry permit and “was lawfully in possession of his gun when the incident occurred.” That leads me to believe the teacher was legally able to carry on school grounds.

And if a suspect had entered this school property with the intent of a mass shooting, this armed teacher would have been there to defend the students. Because yes, guns save lives. This armed teacher is a hero.

Previous article: Man Protecting Sister and Her Children Fatally Shoots Brother-in-law in Self-Defense During Domestic Dispute Next article: Armed Citizen Gets Involved After Suspect Fires At Woman Outside Abortion Clinic