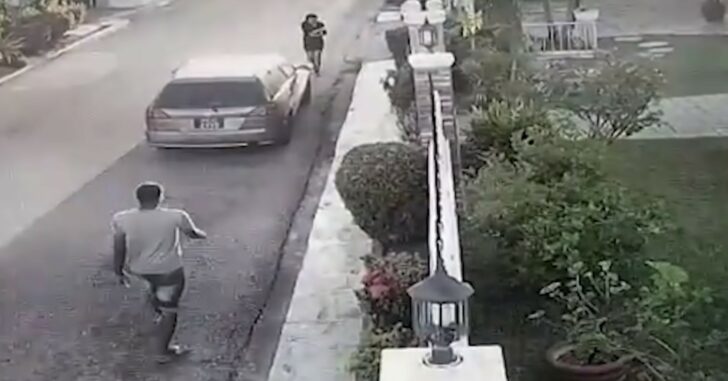 Some just aren’t going down without a fight, and the woman that was targeted by this purse thief is one of those people.

When the bad guy thought he had an easy target in mind, he quickly realized that this would be a fight he was going to give up on.

No one wants to see the bad guys win, but we can all agree that it’s easier to just hand over the purse. Who knows what was in the purse, and maybe that wasn’t even a factor. This woman could have simply told herself ‘I am not going to be a victim and I am going to fight.’

Once you choose to participate in what’s happening, it’s an all-in situation. What if the bad guy has a knife? A gun? Knocks you out?

All things to be taken into consideration, and why fighting skills should be on everyone’s radar.