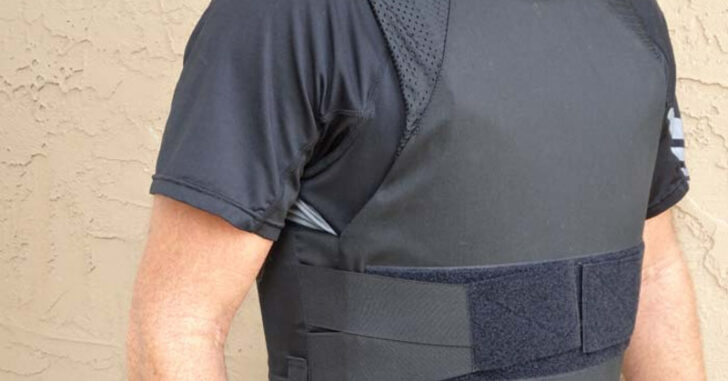 HARRISBURG, PENNSYLVANIA — A paramedic survived a brutal knife attack thanks to his body armor, reports Pennsylvania Live.  Paramedics arrived at the scene to help a 68-year-old man who had sustained injuries related to an assault.  According to police, the assailant came into the room with a knife and threatened to kill the paramedics.  Juanee D. Crawford then lunged at one of the paramedics, stabbing at his chest and slashing across his waist.  Thankfully, the knife did not penetrate through the trauma plates loaded into his armored vest.  The paramedic was able to fight off Crawford and she fled the scene.

She is wanted for attempted murder of the paramedic and domestic assault against the 68-year-old victim.

We discussed on the forums whether paramedics should consider carrying a concealed firearm.  Many of our readers who are first responders have even chimed in telling us about how they carry a concealed handgun with them to their calls.

It’s already come up in other discussions that firemen and other first responders are put at serious risk when they arrive to an emergency call.  Police don’t always have a chance to secure a scene before they go in.

As such, they’re placed into harms way to try to protect and save lives.  And it’s just a grim reality that body armor loaded with trauma plates just happens to be doing the trick.

The real question is: should concealed carriers be next?

There are lighter body armors, rated at II to II-A, which are rated to protect against many common pistol rounds such as 9mm FMJ and .40 S&W.  These tend to be easier to wear and conceal — meaning they’re probably easier to integrate into a daily carry routine.

Is it worth it?

Have you incorporated body armor into your daily carry routine?  If so, tell us about your experience in the comments section below.