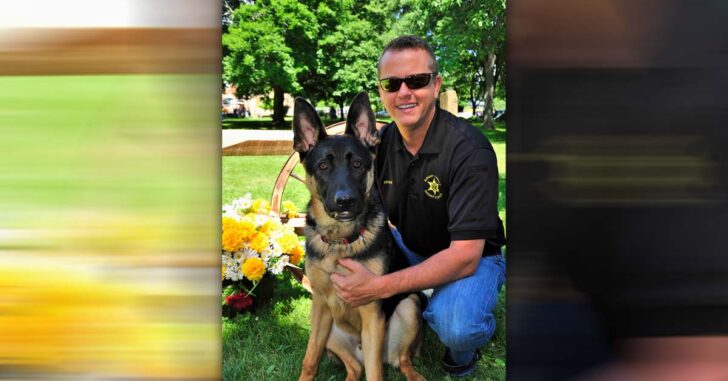 Since the events in San Bernardino last week that shook the Country, many Sheriffs have publicly addressed the role of law-abiding concealed carriers and encourage those in their counties to carry their firearms.

Seeing this increase in activity, I wanted to find out what my local Sheriff had to say on the topic. So, I reached out to the Sheriff of Albany County (NY), Craig Apple Sr., to get his take on the events that took place and what citizens can do to better prepare for not if, but when the worst happens.

I started off by asking Sheriff Apple if he thought the Country as a whole, after the recent terrorist attack, has a greater responsibility to be vigilant and aware of what’s going on around them. “Well listen, they win when we live in fear. There’s a fine line we need to walk here. A) I think the Country as a whole needs to be more vigilant. I spend hours every single day preaching to people in public sector, private sector, about preparedness.” He goes onto say what his office has been focused on, and that’s better preparedness, saying “We’ve beefed up our emergency management, we’ve beefed up our active shooter training. We’ve trained over 5,000 people in the last couple of years.”

“I feel everybody has the right to be prepared and everybody should know how to take care of themselves.”

During a recent interview with WNYT, Sheriff Apple told reporters that it was a matter of when, not if, an active shooter situation would happen in Albany County. When I asked about his response and whether other municipalities across the Country should have the same attitude, he stood by it and provided a little more detail. “Do you think the people over in San Bernardino were ever thinking it would happen to them?” says Sheriff Apple.

He mentions that not much is in San Bernardino as far as a target, which points to the real possibility that something like this could happen anywhere. “Right here in Albany County, we have the Capitol seat. We have the Governor’s office 100 yards form my office. I firmly stand behind my words that not if but when it does occur, I want to make darn sure that the 305,000 people living in this county know what to do.”

As Sheriff who oversees the County, he shared one of his biggest nightmares with me regarding an active shooter situation. In the city of Albany, there are numerous large malls and with the upcoming holiday rush, his fear would be an attack at such a location.

However, this fear is not new and they have trained for years to find the absolute best responses to such an event.

“A lot more goes into it than just a little bit of active shooter training. Here’s my biggest nightmare. It’s December 20th and there’s 8,000 shoppers in the local malls. You’re a local guy so you know the malls around here. Last minute shoppers such as myself and some coward comes in wielding a long gun and starts to create carnage.” Sheriff Apple immediately thinks about the chaos that would ensue during an event like this. Thousands of people trying to exit a location; how are police going to get through to the active scene?

It’s not as easy as you’d think.

With safety and lives in mind, Sheriff Apple and his office have done their homework. “We had to sit down to come up with a nice traffic study to make sure that roads are shut down to allow the hundreds of cops to get in there to protect the thousands of people. So, there’s a lot that goes into it, but that’s one of my biggest nightmares. And that’s why I think it’s key to constantly train at these malls…”

It all comes down to preparedness. But what about the armed citizen?

I asked the Sheriff about his thoughts on the role of the armed citizen when it comes to defense against an active shooter. When run and hide doesn’t work and fight is the only option left, does he support concealed carriers carrying firearms to be more prepared?

He absolutely does, if it’s done correctly. Concealed carry can and should be a part of the armed citizen’s preparedness.

As much as I can, I throw in the importance of training with your carry firearm, and Sheriff Apple shares my save views on the subject.

Yes, carry your firearm and yes, be proficient with that firearm.

When I asked Sheriff Apple if he felt a concealed carrier would be better prepared in an active shooter situation, and his response was glorious.

“I have absolutely no issue with people carrying concealed. I have absolutely no issue at all, with one exception. Many people have got their concealed permits and their gun has been on a shelf collecting dust for years and now, because of the craziness in this world, people feel the need to carry their gun more. Excellent! But I would encourage those people to receive some sort of training. Go out and shoot,” says Apple.

He also mentions the importance of realizing any new limits that the person may have, saying “Maybe things have changed over the years. Maybe you don’t have the strength you used to have. Maybe you don’t have the eyesight you used to have. I firmly believe that if you’re going to carry your weapon, you need to take your training to another level as well.”

“Listen, I know that people carrying guns can stop crimes. Absolutely. I believe in it. We are so far outnumbered as law enforcement, we need the help of civilians. I have no issue with people carrying a firearm concealed, as long as they know how to use that firearm.”

To promote that importance of being proficient and confident with a concealed firearm, the Sheriff is looking to kick off a training program in the spring that would give citizens access to different aspects of firearm knowledge and training that would better prepare them while they carry.

And for those Albany County residents who are thinking about getting their concealed carry permits, the Sheriff encourages you to pursue your permit and to get trained as well. If you are interested in your pistol permit and reside in Albany County, you may visit the Albany County Sheriff’s website here to get started.

More topics are included in the full interview here (and above) and include:

When all is said and done, I am proud to live in a County that is represented by such a great and respected Sheriff. This man has done countless wonderful things for the citizens of Albany County, and continues to master the art of making sure that everyone is as safe as they can be.

Thank you, Sheriff Apple, for your time and attention.