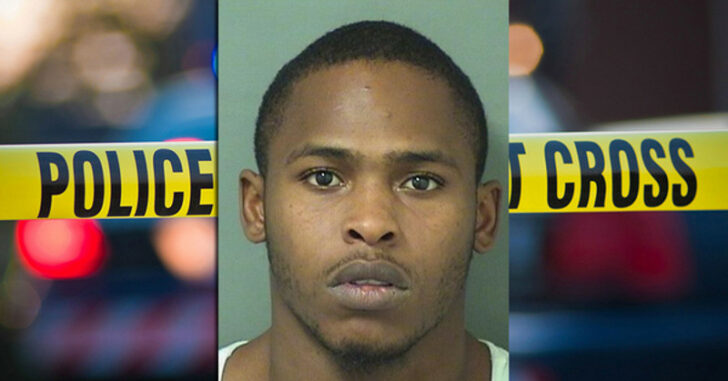 PALM BEACH COUNTY, FLORIDA — A homeowner successfully shot and killed an intruder whom Palm Beach County deputies recognize as a member of the flimsy and poorly represented Zoe Family Mafia gang.  This gang, which consists of mostly self-delusional thugs tossing around dime bags, made the fantastic choice to attempt to rob and harm the same homeowner twice in as many weeks — with the same result happening both times.

Let’s rewind.  Event 1 happened in mid-August.  According to the Palm Beach Post, two armed robbers – Nathaniel Rennard Lowe, 24, and an unnamed accomplice – drove up to the home owner’s house.  Lowe’s accomplice posed as a food delivery boy and walked up to the front door.  Apparently, the home owner already knew this was a trap.

Lowe was unphased by the fact the trap had been prematurely sprung and got out of the car with his AK-47.  The homeowner yelled to his family to call 911.  Both Lowe and the accomplice got the picture, jumped back in the car and left.  Lowe was apprehended by PBSO not long after that.

Alright.  Now let’s go to the most recent event.

Same gang.  Same number of people.  But in this case, the gang members had already broken in when the homeowner returned around 8:30 pm at night.

Having just dealt with a similarly bad situation involving this gang, the homeowner was carrying his concealed pistol with him.  This time it was Obrian Simms, 23, and 26-year-old Tavarress Alexander Wilson.  One of them had an assault rifle on his person when the homeowner returned.  According to the news report, the homeowner raised his .45 caliber Springfield pistol and told Simms and Wilson to stop.  Simms raised the rifle and the homeowner fatally shot him and shot Wilson once in the face.

Wilson survived the shooting but his partner did not.  Wilson was charged with second-degree murder in connection with his accomplice’s death; Florida reserving the right to charge a criminal for a violent crime caused through the commission of another violent crime.

The homeowner allegedly did not report the first incident — the one involving Lowe — for fear of gang reprisals.  After the second incident, the homeowner felt confident in identifying Lowe and his accomplice to authorities where they were promptly arrested.