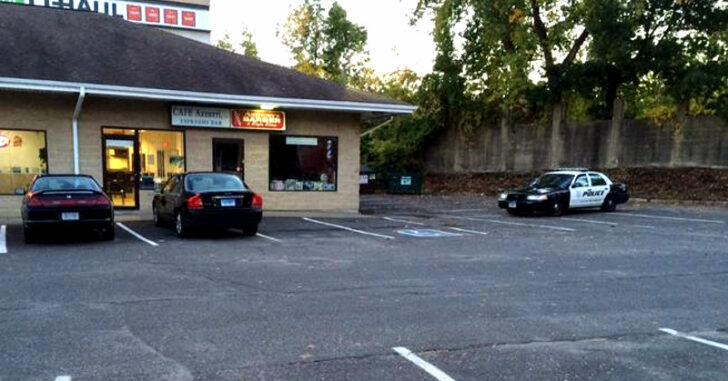 WATERBURY, CONNECTICUT — Just yesterday, we reported on an armed citizen at a Waffle House who stopped an armed robbery, because concealed carry. Here we are again, this time at a cafe in Connecticut.

Police were called to Cafe Azzurri in Waterbury at 2:30 am Saturday in response to reports of gunfire.  By the time they arrived, one man was found shot and declared dead at the scene.

Another man, a legal concealed carrier, is believed to be responsible for his death following what witnesses describe as a botched attempted robbery of the establishment and her patrons.  According to NBC Connecticut, the names of the armed citizen and the deceased were not immediately disclosed pending the results of a formal investigation.  This news source did confirm the armed citizen was a legally permitted concealed carrier and witnesses corroborate the story that he fired his handgun in defense at least once.

Sadly, we’ve covered our recommendations for the most recent string of attempted (and failed) armed robberies in this article here.  Thugs just don’t seem to understand that there’s little chance of anything good coming from trying to knock off a restaurant full of people.  The big issue they’ll be facing is one or more armed concealed carriers or off-duty police officers willing to stand up to a bad guy with a gun.

And that’s really it, isn’t it?  What major malfunction do these guys have where they think simply by producing an illegally obtained firearm, all of the sudden everyone will just lay down and comply?  Did they watch too many violent movies growing up?  Are people just that weak-willed that they’ll just beg for mercy from every sad sack that walks in thinking he’s going to make his payday?

Well, for those out there that may assume those things — concealed carriers don’t.  And next time you think a small café is a good choice for a heist, think again.  Or make sure you’re in New Jersey or California where you can bet positive that nobody has a gun.