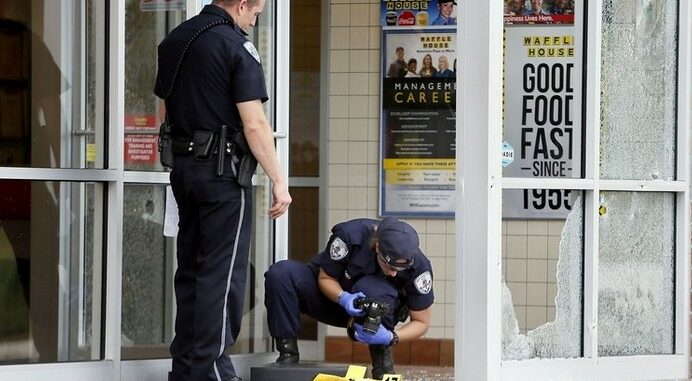 “He saved us, that’s what he did,” a Waffle House employee told The Post and Courier.

Police responded to a call shortly after 5am of an armed robbery and shots fired. When they arrived, they found the suspect who had been shot by an armed customer. That unidentified suspect is currently in critical condition.

“It’s says something about firearms,” said a uniformed officer at the scene, who said he was not authorized to speak for the department, “for good people with firearms being in the right hands.”

The armed citizen is said to have his concealed carry firearm and is not expected to be facing any charges.

Another one for the good guys.

“No one was hurt, which is the best part,” [Division Manager Brandon Rogers] said. “No one was injured – besides the suspect.”