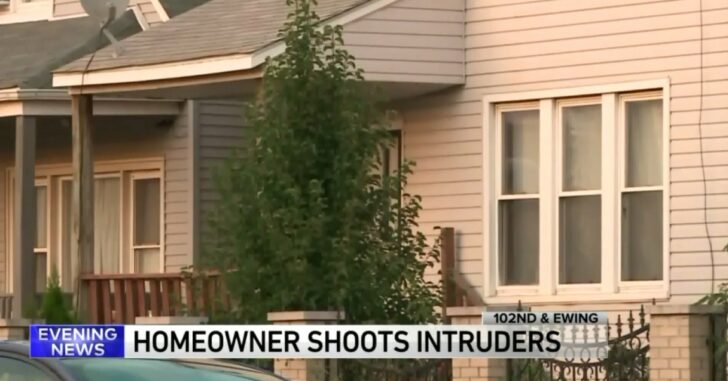 CHICAGO, ILLINOIS — Charges are pending against a homeowner who shot and killed three intruders, but they’re tight-lipped as to what the actual charges are.

The incident in question happened

The homeowner told police three people broke into his home Sunday night through the basement and he acted in self-defense, shooting the alleged intruders before locking himself inside a room and calling police.

When police arrived at the scene at 103rd and south Ewing, they found the bodies of a 22-year-old man, 24-year-old woman and a 17-year-old boy inside.

One was shot in the head, the others were shot multiple times.

Illinois is a state that does not have a ‘Stand your ground’ law on the books, however there are some pending cases to fight it. This could be what the charges are related to, as they could have determined that the homeowner could have retreated to a safe place.

Because, who would want to defend themselves and their home? We’d rather run out the door to safety, right?

Wrong. As far as I’m concerned, if someone enters my home uninvited, it’s them or me.

The charges could be something along the lines of excessive force. In other words, it could have been determined that one or more of the intruders was deemed ‘not a threat’ and the homeowner could have held them at gunpoint for police. It’s all speculation at this point, of course.

Detectives on Monday were seeking to verify the story of a South Side man who told police that the three people he shot dead inside his house were home invaders.

“We have noticed inconsistencies in his story . . . we’re pressing pretty hard,” police spokesman Anthony Guglielmi said Monday morning of investigators who were interrogating the man.

‘Inconsistencies’ could simply be a fearful man hoping not to go to jail for defending his home. Again, speculation, but hopefully we’ll know the full scope soon.

We’ll try to find more information and report back.