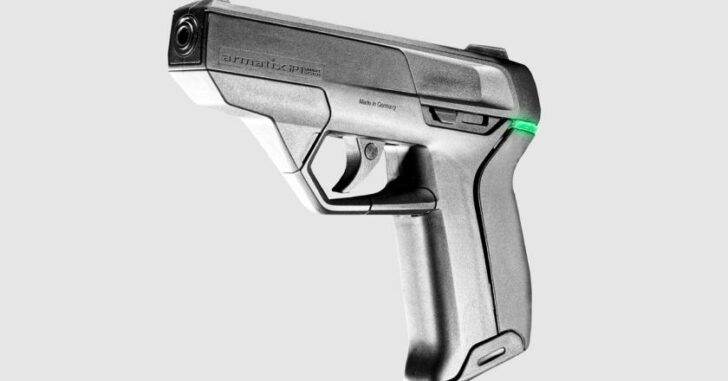 Oh no. Dontcha just hate getting bad news on a holiday weekend? “The manufacturer of the only so-called ‘smart’ pistol available on the market today has entered chapter 11-style restructuring proceedings in Germany, the company confirmed to Fortune yesterday. ‘This is a corporate restructuring, not an insolvency proceeding,’ a spokesperson said in an emailed statement. ‘Armatix will continue operations and does not anticipate any changes to its majority shareholders.’” Uh huh. Maybe that’s why, despite our best efforts, TTAG’s been unable to buy one of their whiz-bang .22 caliber pistols from the only US retailer willing to sell them . . .

Armatix was known to be in turmoil. On April 20, as Fortune previously reported, Armatix’s co-managing director and head of technical operations Ernst Mauch abruptly parted ways with the company.

But wait. It gets worse.

The timing of the development was unfortunate for the company. Today Armatix was to have been a key presenter at the first of five smart gun technology fairs that a gun safety group had organized to familiarize local law enforcement officials with developments in the area. On Tuesday, however, Armatix informed Rabbi Joel Mosbacher, a co-chair of the group, that it would be unable to attend today’s fair at the New Rochelle (N.Y.) Police Department because the custodian appointed to oversee the company’s finances had refused to authorize travel expenses, according to Mosbacher. The fair will go forward with four other smart gun designers participating, Mosbacher says.

Of course, now that New Jersey is considering chloroforming its poison pill “smart gun” mandate law, more companies may be willing to give the business a go. Who knows? Maybe future entrants will be astute enough that their initial product launch won’t be an underpowered 10-round pistol that’s largely inappropriate for concealed carry or home defense applications. But what do we know?  [h/t DrVino]

Previous article: We Respect Your 2A, But Don't Bring Your Gun To Our Bar, Because Everyone Is Stupid Drunk Next article: "No Concealed Weapons" Sign Is Just Dumb, Especially When Coupled With The Sign Below It