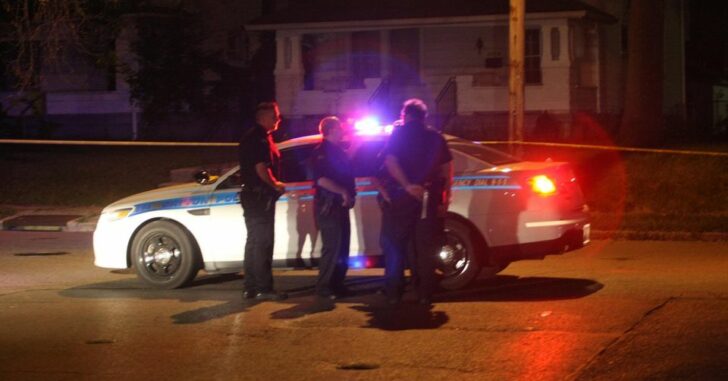 DAYTON, OHIO — Dayton Police Department arrived on the scene to find a 22-year-old man had been shot and killed by a 43-year-old female homeowner in the early hours of Wednesday morning.

What was shaping up to be just another great tale of home owners defending themselves took a turn for the strange when WHIO began to uncover the checkered history of the robber.  Apparently, in 2013, DeBrandon Jurrod Dickerson, 22, of Detroit, had broken into this exact same residence.  He was a teenager back then and he had attempted the home invasion with the assistance of another teenager.  The female homeowner had a firearm then, as well, and shot either him or his accomplice in the arm.  Both teenagers were arrested at the scene of the crime.

So Dickerson apparently didn’t learn his lesson.  On Thursday, WHIO is rushing to confirm but initial speculation is that it is the same homeowner, same house, and same culprit as last time.  As if making an unsuccessful home invasion at 4:10 am almost precisely two years to the anniversary of the last time you did the same thing wasn’t lesson enough.

This was Dickerson’s last attempt.  He was shot at close range in the chest by the home owner and confirmed dead by the Montgomery County Coroner’s office.

Dayton Police Homicide Division Supervisor Sgt. Richard Blommel confirmed that DPD was first contacted by the woman when she reported that an intruder had gained access via the second story of the home.  The intruder confronted the woman and he was then shot.  Authorities confirm that even after the bullet struck his chest, he managed to escape back out through the second story and run three blocks before dying.

Sgt. Blommel reported that the woman had been brought in for questioning but charges are not expected to be filed against her — mainly due to the fact it was a clear-cut case of self-defense.

“You have a right to protect yourself if you fear for the safety of yourself and or your family,” Blommel said to WHIO.

Second time’s the charm, right?  I’m pretty sure that’s not how that saying goes.

Lesson of the day for criminals: If you attempt to burglarize someone’s home and you are shot and you survive, don’t go back and try it again… Wait, wait, wait… What am I saying?  Please do.  This is working out extremely well.  Just try not to bleed out on the carpet too much on your way out for your final 300 yard sprint to the finish line.

Previous article: Armed Intruders Drop Gun That Homeowner Then Uses To Shoot Them Next article: 10 Things To Avoid While Carrying Concealed