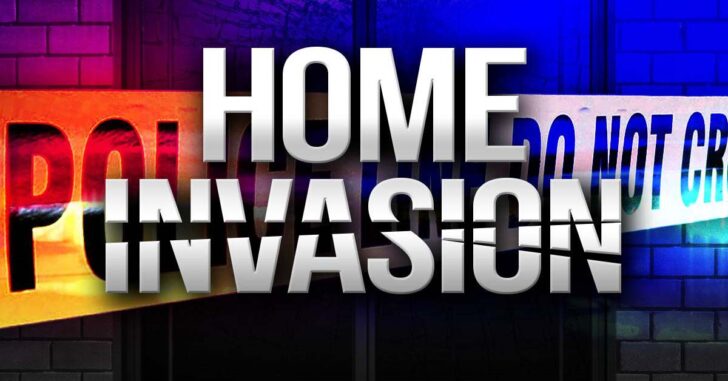 OKLAHOMA CITY, OKLAHOMA — When confronting a stranger in your own home, the shock of seeing a gun leveled at you in the dark of night is probably greater than you wondering whether or not it’s a BB gun. That’s understandably what likely went through the mind of one Oklahoma City homeowner who confronted not one but three individuals breaking into his home at approximately 12:35 am. For Robert Sango, the 24-year-old holding the BB gun, it was a fatal underestimation of his prey.

According to OKC FOX 25, Robert Sango was one of three men trying to enter the home and police confirm that after he was fatally shot, he had a BB gun. Bum luck, Sango. The homeowner allegedly heard the three men rustling around in his front yard and quickly armed up expecting the worst. He probably didn’t expect to confront three bumbling fools — one of which was so stupid as to think a BB gun would do anything but confirm the homeowner’s suspicion they may be armed.

The other two abandoned their compadre barely moments after he hit the deck. Just goes to show that there is little honor amongst thieves. The lesson learned? Don’t show up to a home invasion with a BB gun expecting it to intimidate anyone. For homeowners, don’t expect anything less than lethal force when you’re confronting strangers late at night on your own property.

OKC police are still investigating this case and trying to find out the identity of Sango’s two accomplices but that information will likely not be forthcoming on account that the only person who knew that information for sure is definitely not going to be telling anytime soon.

Homeowners have a right to protect themselves. One of the things we urge after having reviewed a LOT of home invasions is the need to NOT exit the property to confront the aggressors. The reason is simple: you don’t know their numbers, their armament, their disposition, and their location. You need a LOT more bodies to stack in through the door to make a successful home invasion than you need to defend a doorway.

It may take them minutes to arrive, but you instantly start that count down when you call. At a worse case scenario, they show up and there’s a raccoon rummaging through your trash. In the best case scenario, they catch the bad guys before they even have a chance to do anything.

And, as with all things, stay armed and stay ready — who knows what’s trying to come in through your front door these days.