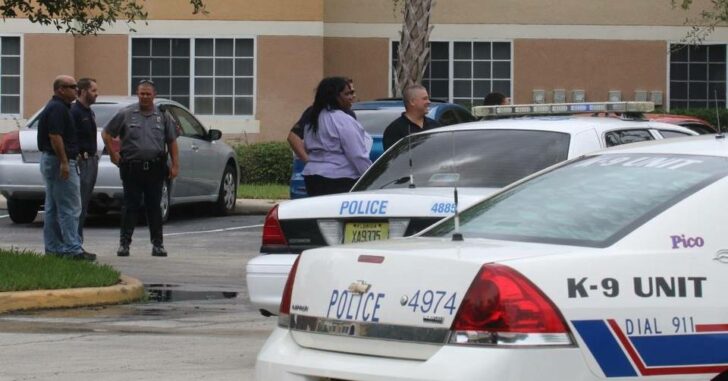 News is just now getting out that the murderer linked to a triple shooting in an apartment complex located near Bethune-Cookman University has been found dead in his cell.  The shooting, which occurred three days before his arrest, took the lives of two students and placed a third in critical condition.

Using the alias “Corey”, York Zed Bodden was offered $200 to move out of a shared apartment after his roommates all wanted him out.  According to the Miami Herald, Diona McDonald, 19, Timesha “Lisa” Carswell, 21, Micah Parham, 21, all music students of Bethune-Cookman, gathered together to evict Bodden.  They invited a fourth person, Sydney Washington, to help intervene.

The situation rapidly deteriorated with Bodden not taking the news well.  It escalated into a full-blown physical altercation between Washington and Bodden, with Washington getting his hand on a knife and telling Bodden to leave before anyone gets killed.

Bodden appeared at first, according to the account, to comply before going to his room and returning with an illegally obtained firearm.  Washington jumped out the window of the apartment once bullets started flying.  McDonald and Carswell were immediately killed in the initial volley.  Parham managed to escape and sought shelter in a closet before Bodden opened fire on him — striking him in the eye and jugular.

Parham is presently in a medically induced coma.  His situation is listed as critical.

Washington is the only speaking survivor of the encounter.  He managed to dial 9-1-1 after he leapt through the window.

Police apprehended Bodden the next morning as he was identified by law enforcement, standing outside a home in North Miami.  He denied any involvement but was arrested on charges of two counts of first-degree murder and aggravated assault.

According to authorities, they had not had the opportunity to interview Bodden and inquire into his actions.  Daytona Beach authorities had identified Bodden as a possible prime suspect in a string of unsolved murders around the area.  His true identity was determined when authorities went through his items and discovered identification and a court order to appear in New York for a charge of illegal possession of a firearm.

So how does this all tie in with gun control?  Would tighter restrictions have saved the lives of any of those students?

When a mentally unstable criminal is able to gain access to an illegally obtained firearm — the only thing that can counter it is, indeed, another firearm.  How would this story have changed dramatically if Washington or any of Bodden’s roommates concealed carriers?

While it’s impossible to know the outcome of this theoretical situation, what is known is that Bodden would not have so easily stamped out the lives of three bright music students.

Here is what we can hope to learn from this situation…

When someone appears and acts violent and mentally unstable, the best policy is simply to be prepared and pay attention.  You have every right to decide who you live with.  While some of those whom were tragically slain in this incident were below the legal age to purchase a handgun, we’re still dealing with a case of woeful criminal malevolence against unarmed and unprepared college students.

While Florida law enforcement were fast to track down and apprehend Bodden, it was clearly apparent from their response time that police simply cannot arrive in time to deal with an active shooting situation in the home.  That’s not the police’s fault.  They simply can’t be everywhere at once.  That’s why it’s important — and responsible — to maintain proper access to firearms.

The issue IS gun control.  Guns controlled by the hands of capable, competent people who understand that criminals come in all shapes and sizes and don’t stop to consider how their actions hurt or damage the lives of others.  That’s been utterly demonstrated in this horribly sad occasion.

Tragedy and disaster are equal opportunity employers in this life.  Be prepared.  Stay prepared.

Previous article: If You See Negligent Gun Handling, You Say Something. Right? Next article: Damnit, Glock 19 -- You Win, Again: Why I Switched