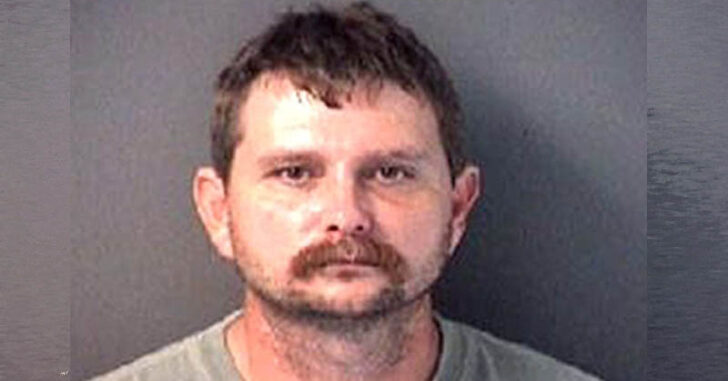 PENSACOLA, FLORIDA — File this under one of those stories you can’t make up, and also put a big check mark next to the Karma box.

*Please note that this story is from 2004, however we just came across it… so it’s new to us and worthy of a resurrection.

37-year-old Jerry Allen Bradford was treated at the hospital for a gunshot wound after being shot by one of the shepherd-mix puppies he was trying to kill.

Bradford was holding two puppies — one in his arms and another in his left hand — when the dog in his hand wiggled and put its paw on the trigger of the .38-caliber revolver. The gun then discharged, the sheriff’s report said.

Police found three puppies in a shallow grave outside of Bradford’s home, and four other puppies were found unharmed.

But why was he trying to kill the puppies?

Bradford said he decided to shoot the 3-month-old shepherd-mix dogs in the head because he couldn’t find them a home, according to the sheriff’s office.

About a month after the incident, Bradford was finally charged with felony animal cruelty.

I can only hope that the surviving puppies continue to live happy lives in their new homes. As for Bradford, it is unknown what punishment was handed down.