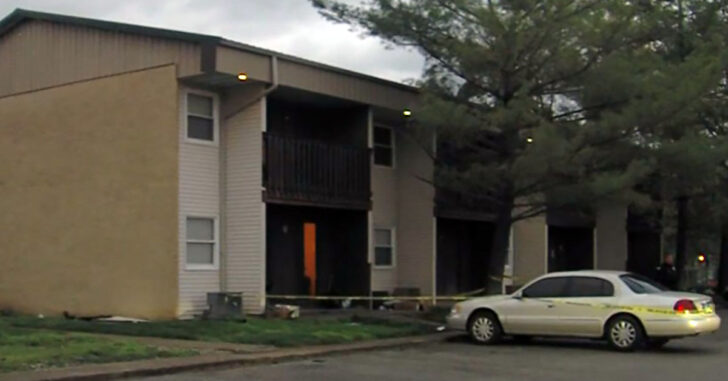 CHARLESTON, ILLINOIS — A man had to be airlifted to the hospital after being shot by a resident of the apartment he was trying to break into.

He didn’t make it far, and was shot while breaking through the door.

Authorities said a person tried to enter an occupied apartment by force. A resident shot a firearm through the door and hit the intruder as the door started to break open.

The resident was successful in defending himself, but let’s talk about the execution of the shots fired.

The door was said to be at least partially breaking open at the time of the shooting. Was our armed resident able to see any portion of the intruder, or was the intruder still completely concealed behind the door? Shooting through a door is nearly always a bad choice, but at what point would it be justified to do so?

If someone is successfully breaking down your door, one can make the reasonable assumption that the person attempting to gain entry is not there to give you a hug, but rather has bad intentions. Using that kind of force is, in my mind, enough to justify the use of deadly force against that person.

If they make it inside, you could defend yourself then, but you could miss and even if you don’t, they could have a gun and start shooting at you as well.

Using your best judgement at the time is all you can do, but make sure you absolutely know what and who you’re about to shoot at.