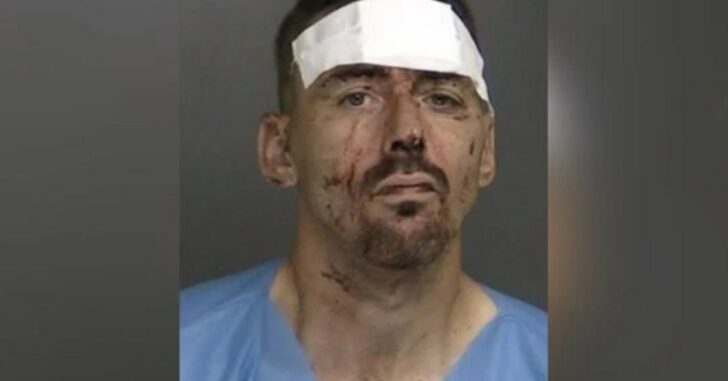 LONG ISLAND, NEW YORK — If you’ve ever wanted to see the face of defeat, here it is in all it’s glory.

During an attempted armed robbery of a thrift store on Long Island, suspect Ronald J. Kelly didn’t quite know what he was getting himself into.

Ronald J. Kelly walked into Island Thrift store carrying the firearm around 8:25 p.m. Saturday, and demanded the store manager empty the til, according to the Suffolk County Police Department.

The woman grabbed the gun, and with the help of two other employees managed to wrestle him to the ground.

The employees kept Kelly pinned to the floor until police arrived.

None of the employees were injured, however Kelly was pretty banged up during the incident. He had it coming, no doubt. It’s a good day when citizens are able to fend off the bad guys.

While Long Island isn’t NYC, it’s still a relatively difficult place to obtain a concealed carry permit. But hopefully with stories like these, and the continued need to defend, it’ll become more of a reality for many others in gun control-heavy states.

Previous article: #DIGTHERIG - Bill and the Longest Submission Ever: Glock 17, Blade-Tech Holster, and much more Next article: Here's Why You Don't Get Stupid Drunk And Enter The Wrong Home