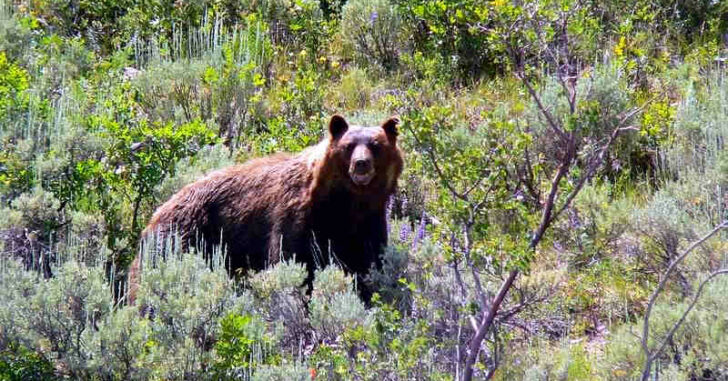 WINTER PARK, COLORADO — Park authorities are ruling it a self-defense shooting against a bear following the bear’s aggressive advances towards a group of hikers out in the Winter Park area.

Earlier in the day, Colorado Parks and Wildlife Rangers and officers did their best to inform hikers and campers of possible bear sightings in the region.  According to CBS Denver, one group of hikers ended up encountering a bear in the Winter Park area.  The gun owner attempted to avoid interaction with the bear at all costs.

“They made an effort to haze the bear and it did not leave,” Mike Porras with Colorado Parks and Wildlife said in a statement. “This area has already had some bear activity. Wildlife officers had been already in that area that day advising campers.”

So, unfortunately for the bear but thankfully for the hikers — the gun owner first discharged two warning shots and when the bear continued to advance unphased, he shot the bear.

The bear died shortly thereafter with no further complications.  The man immediately reported the shooting to Parks and Wildlife and they confirmed he had done the right thing.

We all go out into the wilderness to appreciate the beauty of nature.  There is a brutal side to it.  And despite our best attempts to photograph the sunset or the sunrise or the trees, we always have to be prepared to defend ourselves from more than just two-legged predators.