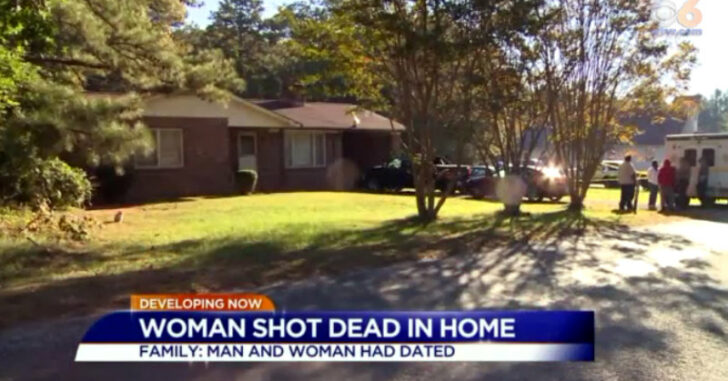 NOTTOWAY COUNTY, VIRGINIA — A woman was shot and killed after breaking into a man’s house while armed.  WTVR reports that the woman, Lakisha S. Knight, 35, died on the scene after an armed altercation took place between the occupant and her.  Authorities allege that the woman had illegally invaded the house armed with a deadly firearm before confronting the 63-year-old single dad.  The occupant’s 11-year-old son was present in the house, at the time, but was not hurt in the ensuing conflict.

Virginia Commonwealth authorities are still investigating the matter and haven’t released their findings.  The man suffered minor injuries related to the scuffle but Knight was fatally shot and died at the scene before authorities could arrive.  Family members of the man said that Knight and him had gone out previously but no further word was revealed as to any details surrounding the woman’s armed home invasion.

A woman scorned or just potentially mentally deranged?  That’s a question Commonwealth investigators are still trying to determine.  The lesson for concealed carriers is we can never know what to expect coming in through the window.  As much as the man didn’t want that fight, it came to his home anyway and he had to defend himself, the house, and his son.

Previous article: Trump To Possibly Change Gun Free Zone Policies At His Properties Next article: I Drew My Gun On A Politician The Other Day At My House