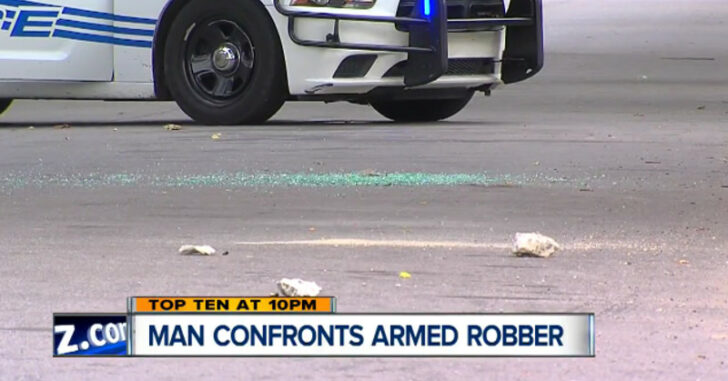 DETROIT, MICHIGAN — A 17-year-old boy is listed as being in critical condition after he tried to rob a concealed carrier at gunpoint.  The event took place late Wednesday afternoon in Detroit’s east side.  A young father who was working as an exterminator saw a teenager approach him and try to rob him for his sunglasses.

Not his wallet, not his ride, not his cell phone – his sunglasses.

Police are still investigating because that’s the standard operating procedure but as we reported recently, there’s a rise in armed teen thugs looking to make a name for themselves by stepping up to strangers with guns.  And what are they learning?  Well, for those that succeed – they’re sure to learn it’s a great way to get what they want.  And for this 17 year-old in the hospital fighting to hold onto life – he learned that it didn’t pay off exactly like he was expecting.

As we covered in a previous incident less than a full day ago – another teenager tried to rob a pizza delivery guy in Virginia only to find out the hard way that wasn’t going to work.

According to WXYZ, Joe Lanier has a legal permit to carry a concealed firearm in the State of Michigan and pending a ruling from the district attorney, the incident is expected to be ruled self-defense.

Previous article: [VIDEO] Speed Shooting the MR9 Eagle With TheFireArmGuy Next article: 11-Year-Old Fatally Shoots Teen Breaking Into Home -- Not As Clear Cut As It Appears