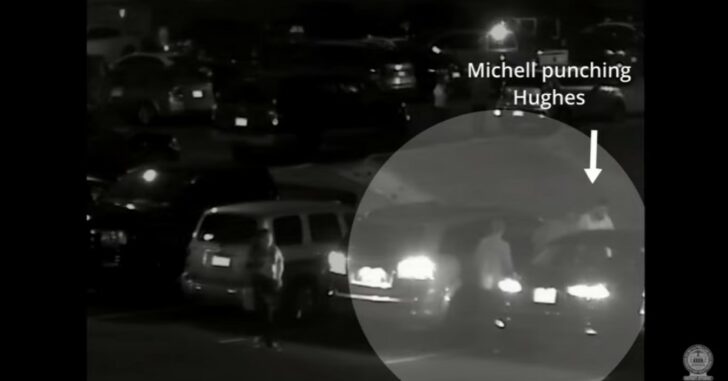 SOUTHAMPTON, PENNSYLVANIA — A man who shot and killed two men attacking him will not be charged. According to Bucks County DA Matt Weintraub, the shooting was deemed self-defense.

On Oct 7, 21-year-old Liam Hughes and a friend were leaving the Steam Pub on Second Street Pike. A group of men gathered near Hughes’ car and confronted and attacked him, Weintraub explained.

Three men attacked Hughes, punching him and knocking him to the ground. Hughes attempted to get into his car, however, but was being held by one of the assailants. Hughes was able to eventually reach his firearm, that was between the driver’s seat and the center console. He warned the attackers that he had a weapon and told them to stop. The men continued the attack, and Hughes opened fire, killing two of his assailants and injuring a third man.

Immediately after the shooting, Hughes called 911 to report that he had been assaulted and shot at the group of men attacking him. Bucks County 911 also received numerous other calls reporting the shooting.

Police and EMS arrived at the scene and found two deceased males in the Steam Pub parking lot. Those men were later identified as Steven Panebianco, 30, of Bensalem, and Raymond Farrell, 28, of Philadelphia. While on scene, police received information that a third man – Richard Bowman, 24, of Philadelphia – sustained a gunshot wound. He was treated at a local hospital with non-life-threatening injuries.

Hughes remained on the scene and cooperated with police. He provided a video and audio recorded interview and allowed police to review his cellphone. Hughes also consented to gunshot residue testing, having his clothing collected, providing a blood sample, and releasing his medical records.

Hughes’ medical records showed that his injuries included acute post-traumatic headache, a concussion, and a left ear contusion. It also showed he sustained a split lip, bloody nose, and bruises and scrapes to his left inner ear, forehead, head, and scalp. Doctors found dried blood in his left ear canal upon examination. He also suffered blurry vision, sensitivity to light and nausea.

District Attorney Weintraub announced that Michell, 24, of Philadelphia, would be charged with simple assault, a misdemeanor of the second degree, for his role in the attack. Michell punched the victim at least four times in the head during the attack, the investigation found. Hughes is still recovering from his attack.

Previous article: Partially Blind Homeowner Shoots Intruder In His Rear End Next article: Man Defends Himself With Gun Against Man With Knife At Bus Stop