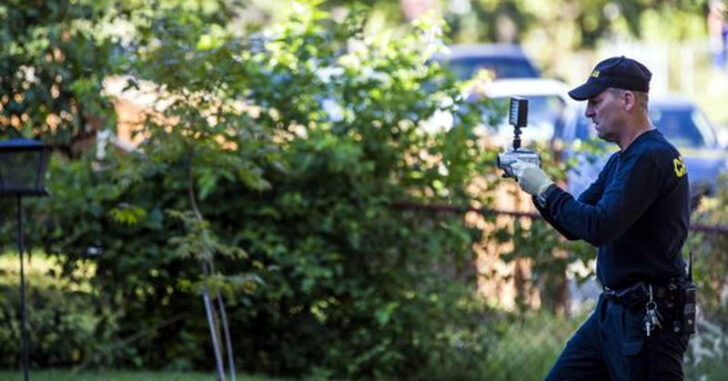 INDIANAPOLIS, INDIANA — An armed robber walked into a rental property agency and levelled his illegally obtained pistol directly at the head of the owner’s wife.  Little did he forget to see her husband walk out from behind a house with a gun of his own.  According to IndyStar, the Indianapolis Police arrived to find one Anthony Talley critically injured with gunshots to his body and head.  He was evacuated by emergency services to a nearby hospital where he remains in critical condition.

IMPD Sgt. Brian Gabe informed IndyStar that Talley, the alleged armed robber had multiple outstanding warrants for his arrest.  Amongst those charges include strangulation, dealing drugs, possession of a firearm without a license and resisting law enforcement.  So, this certainly wasn’t your friendly neighborhood mugger.

In either case, it’s unlikely after those gunshots that Talley will ever be in the business of robbing and hurting anyone ever again.

According to one neighbor, the neighborhood where the attempted robbery took place was actually considered a relatively safe place.  The attempt came as a surprise to many in the area who thought they lived in a place relatively immune to such struggles.  As is often the case for armed criminals — targeting the least suspecting used to be a pretty safe strategy.

With all of these concealed carriers around, that strategy may not be such a safe one after all.