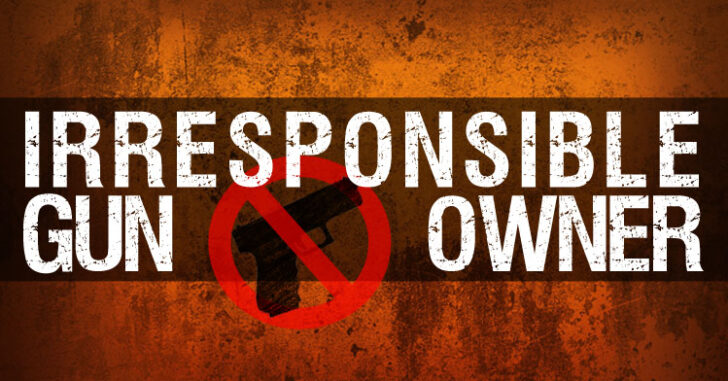 CASA GRANDE, ARIZONA — A 39-year-old man had a negligent discharge of his firearm while babysitting. The round expelled from the firearm ended up going through two doors and ultimately striking the 8-year-old he was watching.

That man, Mike Lee Dickey, is likely to face charges.

Dickey was in the bathroom removing his firearm, a .45 caliber handgun, from his waistband when it discharged, police said. The single round passed through two doors and ultimately struck the boy in the upper left arm while he slept in his bedroom.

The boy was taken to the hospital and is expected to have surgery on his arm.

I really hate seeing these stories, but I feel 100% obligated to share them and put these irresponsible gun owners on blast. I’ve said it before and I’ll say it again; there is absolutely no excuse for a negligent discharge. If you are to carry a firearm, you are to do so responsibly.

If you can’t handle the responsibility –which some obviously can’t– it’s time to realize that and stop handling firearms. For the rest of us. For the kids. Just stop.