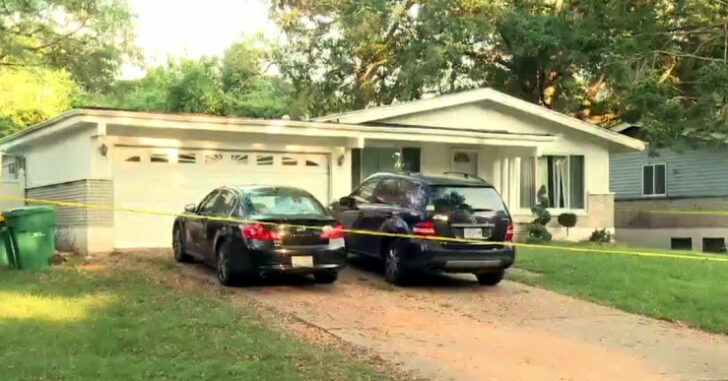 ST. LOUIS COUNTY, MISSOURI — One teenager is in the morgue, another suspect is in custody and an 11-year-old is still pending interview with St. Louis authorities after a tragic home invasion.  According to police, an 11-year-old was home alone with his 4-year-old sister when two teens allegedly repeatedly tried to break into the home.  The mother, at the time, was not home and said she had gotten the firearm after having her house targeted in the past by criminals.

Home alone, initial reports suggested that the 11-year-old picked up the loaded handgun and shot the first intruder in the head.  The second suspect attempted to flee but was promptly picked up by authorities.

While KSDK-5 is saying that authorities are initially ruling this as a self-defense shooting, it’s still unclear the entirety of the circumstances around this event.

Based upon KSDK-5’s latest update at 10:00 PM EST last night, the 11-year-old responsible for the shooting has yet to be interviewed by authorities due to his extreme young age.  The other alleged suspect in this case is also still in custody and no word has emerged from either source.

Because all of the victims and suspects in this case are juvenile (less than 18 years of age), authorities have to be particularly cautious when interviewing them as there are different procedures in place for interviewing juveniles than adults in the Missouri court system.

Regardless of where the conversations sways in terms of politics, the reality of placing a child into harm’s way to shoot and kill another child is certainly a deep matter of concern for all involved.

According to the St. Louis-Dispatch, residents and neighbors are disputing the initial claims that the two 16-year-olds were breaking in.

Some neighbors told the St. Louis Post-Dispatch that they witnessed the shooting and there was no break-in.

Donna Jackson told the newspaper that she saw the 11-year-old shoot the 16-year-old at point-blank range as they talked near front door.

The second suspect in this case is now identified as a 22-year-old.

But Sharon Taylor, who lives next door to where the shooting happened and said she is a cousin of the 11-year-old’s father, said the boy is not a troublemaker. She doubted the break-in story, however, calling it unlikely to happen in the middle of the day.

This sounds like the news is reporting on Taylor’s speculative opinion of the case – not actual eye-witness testimony.  The logic of “unlikely to happen in the middle of the day” is idiotic.  That’s a fallacious argument and would never be admissible in court or in the course of an actual investigation.  Break-ins can occur at any time and under any condition.  Saying something wouldn’t have happened due to the time of the day is about as ridiculous as this entire case is shaping up.

But the first neighbor’s account, the one suggesting the two intruders hadn’t actually broken in but instead were shot right in the front foyer of the room — that spins this case right on around.

It’s unknown why a 16-year-old and a 22-year-old were on the doorstep of an 11-year-old trying to sell him their phone.  It sounds like the only innocent person in that situation was the 4-year-old kid sister.

These kids were all up to no good and one of them got shot.

Previous article: [CCW IN ACTION] Teenager Puts Gun In Driver's Face, Demands Sunglasses -- Gets Bullet Instead Next article: Q: "Shoot a car window to save a dog or child from heat?" A: WHAT?!?! NO - NEVER!