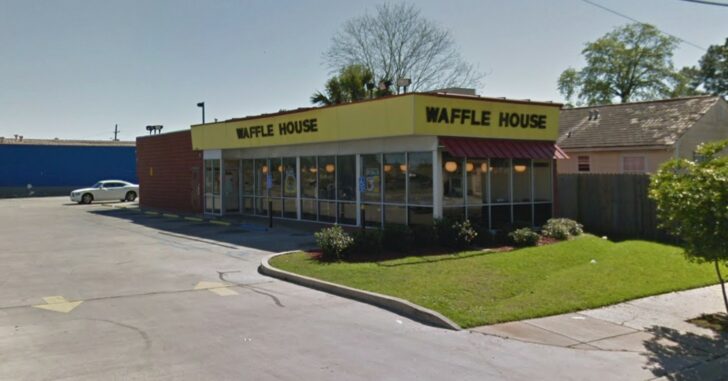 Two armed robberies happened a short time apart from each other on April 19th, and the outcomes were vastly different. So different in fact, that the second robbery was the last that this pair would make. Why?

Because someone at the second location was armed.

The pair of restaurant robberies started shortly before 9:30 p.m. Thursday, April 19, at the Burger King in the 6300 block of Elysian Fields, when two armed men entered from a side door, according to initial NOPD reports.

“One subject grabbed an employee and made the others get on the floor,” the report states. “The other male subject went to the back of the store with the manager and made her open the safe. The subjects fled with six register drawers containing cash.”

The pair made a clean break from the first robbery and were sure that they could score twice in one night. So, in complete criminal-thug fashion, they wait less than an hour to strike their next target; a Waffle House.

Just before 10:15 p.m., the scene repeated itself at the Waffle House in the 2900 block of Elysian Fields, when two men entered with handguns, the second report states. One of them jumped over the restaurant counter and demanded money and cell phones, but as they left with the money, a customer in the restaurant shot at them, the report states.

The end result of this robbery was a 19-year-old suspect showing up at a hospital seeking treatment. It was not specified what type of treatment the suspect was looking for, but we can assume that he was struck by the armed citizen’s bullet(s). Or maybe he was having a panic attack. Who knows.

What we do know is that this pair, or at least one of them, might now think twice before letting out their inner thug. Because who knows; there may be someone inside the business that you’re robbing — that isn’t going to sit by and let you threaten other people and/or themselves. Oh, and they might be armed. Oh… and they might also not be afraid to fire.

Previous article: BREAKING: Lt. Colonel Oliver North Is To Become The NRA's Next President Next article: Another County In Florida Looks At Restoring Second Amendment Rights of County Workers