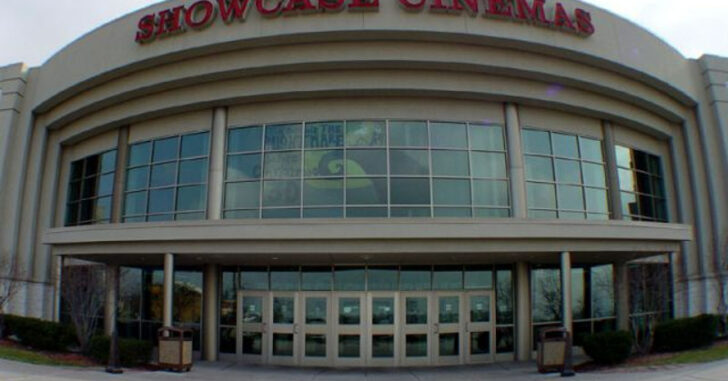 Just last week, a man entered a theater in Tennessee and opened up on the crowd with a wave of pepper spray before swinging wildly with a hatchet.  It took police two minutes in total to respond, with the first officer on the scene entering the theater and putting precise, controlled shots in the attacker’s direction.  Realizing he actually had a fight on his hands, the attacker fled the matinee showing of “Mad Max: Fury Road” and ran straight into a full squad of Metro SWAT – who were all too happy to show him his post-apocalyptic future.

That was one of the “best case scenarios” that has theater chains like Showcase Cinemas – not yet targeted for a violent showdown – jumping on board with most other theater chains across the country.

“To ensure the safety of our guests and employees, for the time being, we are prohibiting any and all backpacks and packages as well as reserving the right to inspect the contents of any purse or bag prior to admission,” Showcase Cinemas, owned by National Amusements, Inc., said on its website.

Because many national theater chains are already “gun free zones”, there was never really a question as to their stance in the first place.  And after the attack in a Louisiana theater that left two dead, it seems like theater attacks have become a strange new norm in this country.

But for those few who aren’t afraid to break the rules to secure their own safety, Showcase is boldly taking that additional step of infringing on your 4th Amendment rights in addition to your 2nd.  Because why breach just one when you can have all of them?  They’re like Skittles, right?

While this simple new addition to Showcase Cinema’s policy may be seen as simply a preventative measure to stop patrons from walking in with a bag full of munitions hell-bent on destruction – the one thing that’s been abundantly clear about these theater shootings is there haven’t been any concealed carriers in the audience – just criminals.

In Aurora, Louisiana, and now Tennessee, none of the attackers were met with armed resistance from civilians.  A big reason may be because all those theaters prohibit firearms on their premises.  That’s right – Cinemark (Aurora), Grand Theater (Lafayette), and Carmike Theaters (Murfreesboro) all share  THREE things in common:

1. They have a stringent “no weapons policy” that has yet to be enforced upon real criminals.

2. They’ve all been targeted by violent criminals.

3. Their popcorn is way over-priced.

As we’ve covered before – there’s a lot of national chains that think they know best about when and where you should be allowed to protect yourself.  We covered six chains in particular (including movie theaters) in this article.

Law-abiding gun owners carrying on their person are absolutely no threat to the theater experience.  They’re not the issue.  But if any were to want to chance sneaking in their legally owned concealed carry pistol to watch a movie with their significant other or kids, they would risk having to be unlawfully inspected for contraband not in accordance with theater policy.

For non-concealed carriers, this is also annoying but for the much less important reason that it restricts carrying those juice-box-sized cartons of wine into the theater… There goes date night.

We’re seeing national brand chains take more and more liberties without bearing any of the consequences.  If another theater shooting occurs, you can bet your bottom dollar the top brass for these companies will either a.) say nothing other than “our condolences” or b.) decide to implement more draconian policies.

Every single day, Americans sit in theaters across the country and watch a film on the big screen.  The vast majority of all showings occur without a single incidence of violence.  Why then is it essential for a movie chain to decide that their 16 year-old ticket puncher is authorized to go through your bag to decide if the contents of it are appropriate with their policy?

You tell us in the comments!

Previous article: Gun Shop Offers Free Concealed Carry Training Course For Women With Restraining Orders Against Abusive Men Next article: Buffalo Wild Wings Banned Guns In 2009 - So Why Did This Criminal Have One?