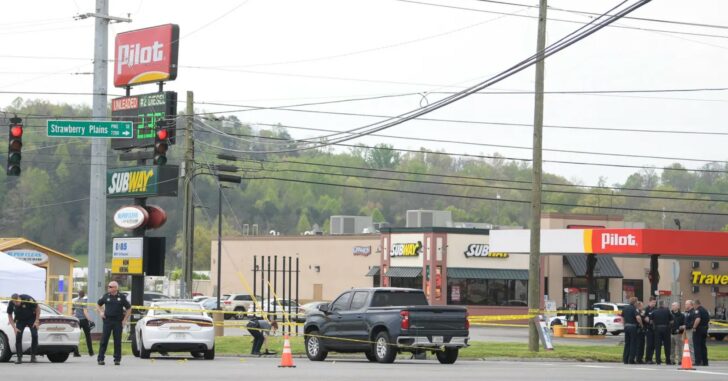 KNOXVILLE, TENNESSEE — A man was shot and killed after he attacked 4 people at a gas station with a knife, killing 3 of them.

All three women killed in the attack were Pilot employees, Pilot CEO Jimmy Haslam confirmed in a statement.

They are Joyce Whaley, 57; Patricia Denise Nibbe, 51; and Nettie R. Spencer, 41. They were pronounced dead at the scene.

Police were able to respond to the scene within 2 minutes of the first 911 call. Once they arrived, they confronted the suspect in the parking lot, identified as a truck driver from North Carolina.

One of the officers shot and killed the suspect after he refused orders to drop the knife.

Police are still working the scene, and have no motive for the attack.

There is no telling what this suspect was capable of if he were able to continue on his rampage. The only thing that stopped this madness from continuing was a person with a gun. No amount of reason would have stopped this suspect, it seems, and use of deadly force is sometimes the only means at which we can stop the violence from continuing.

Previous article: Argument Leads To Guy Firing Gun In The Middle Of Busy Club [VIDEO] Next article: When In Contact With Police, Should You Tell Them That You're Carrying A Firearm?