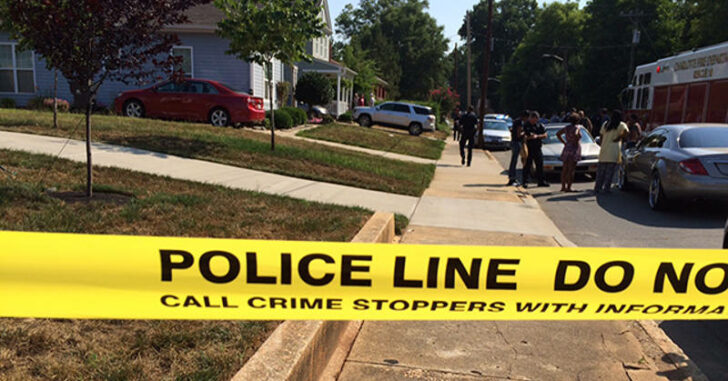 We get asked this question a lot.  It’s only natural we’d try to throw in our two cents.  There are a lot of factors in this equation – so we’re going to break it down by scenario.

We’re using these scenarios to illustrate the concept of why deadly force may or may not be justified.  Ultimately, that decision will be made in a court of law.

Recently, a Pennsylvania councilman inserted himself in the pursuit of what he believed to be an armed robber exiting a TD Bank.

As he drove along York Road on Wednesday morning, Hatboro Councilman George Forgeng passed a man carrying a backpack.

Then he saw a cloud of colored dye. That could only mean one thing, Forgeng later told police: The man had just robbed the nearby TD Bank.

So Forgeng followed the man, got out of his car to continue the chase, pulled out his gun, and shot the suspect – who was apparently unarmed – in a hand and arm.

According to the article, police were already in pursuit when Councilman Forgeng arrived.  He took it upon himself to pursue the suspect on foot.  This lead to a wild chase and ended up with the robber being shot multiple times.

The reaction was mixed.  Is the bank robber breaking the law?  Yes.  But the bank robber also wasn’t approaching the councilman.  He was fleeing.  While the courts will likely rule in overall favor of Forgeng because the robber turned around and confronted the councilman, ultimately it’s pretty evident he inserted himself into that scenario.

Conclusion:  As a concealed carrier, your responsibility is for your own self-defense, that of your family members, and your property.  The farther outside that limited jurisdiction, the more likely you’ll have to appear before a judge.  That’s why there are legal doctrines in most states for a person to “Stand Your Ground” and “Castle Doctrine”.

The criminal usually must do at least one of the following:

That robber did at the very end – after he had been pursued by Forgeng.  Forgeng will likely get off the hook.  You may not.

In Spokane, Washington, a passerby saw a man physically assaulting a woman.  He got out of his vehicle and attempted to play the role of a Good Samaritan.  According to KXLY-4, the man turned his aggression from the woman to the bystander and physically beat him with a baseball bat.  Once the criminal went to leave with the woman in tow, the man got up, allegedly went into his backpack and shot the criminal in cold blood.

Spokane Police say they applaud Bushnell [“Good Samaritan”] for coming to aid of a woman who was being bullied by her boyfriend on a Spokane sidewalk, even getting hurt in the process of helping her. However, they say Bushnell fired those fatal shots after the altercation was over, and at the moment, the use of deadly force was not justified.

Justification of deadly force can only come when you believe a threat may be imminent or it is already in progress.  If you are not defending yourself, your family, or your property, you must take every precaution to apply deadly force judiciously.  And here’s where inserting yourself into a conflict gets messy.

Conclusion:  Don’t insert yourself into a conflict.  You’re free to tell someone to stop beating someone else.  You are strongly encouraged to call the police.  You’re not authorized to shoot the attacker after he turns his back on you and is walking away.

We covered a news story involving a former North Carolina county prosecutor coming to the aid of an elderly woman after her son opened fire on her.  In this case, it all unfolded outside his house.  There was a loud verbal altercation that turned violent in the vehicle and the son got out and shot his grandmother.  The former county prosecutor used lethal force to subdue him.

“He approached the ongoing argument and challenged the individual with a gun and at that time the suspect did not put down the gun and the homeowner shot the suspect,” Lt. Luke Sell said.

Conclusion:  In this case, the shooting was most likely justified.  The bystander observed the crime happening in progress and attempted to intervene.  When the criminal who shot his own grandmother failed to obey his request, he used deadly force to neutralize the threat.

If a firearm or weapon is pointed at you – you are authorized to defend yourself.

You should, however, take every available opportunity – within reason – to defuse to deflect the situation and get the victim to safety.  If you feel your life is in danger, act accordingly.