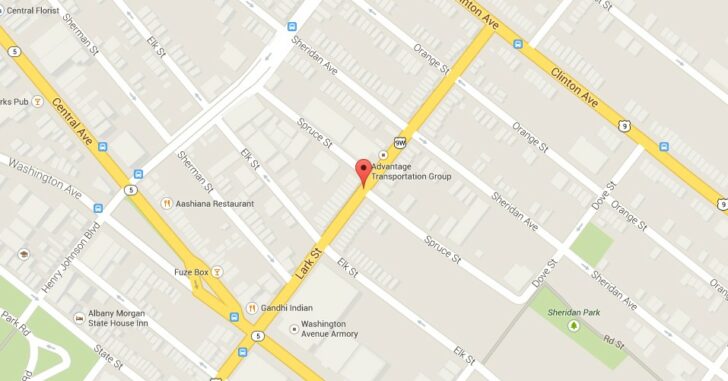 This one is close to home, as I’ve spent many nights on this same street at various businesses while enjoying time with friends. This street is actually the reason I started carrying, due to a run-in of my own. A good friend of mine lived on Lark Street for a while and I was there often. One night a few years ago was my last night to this part of the city, but that’s a story for another time.

Another friend of mine currently lives in the Lark Street area of Albany and is part of an email list where neighbors are alerted of anything important in the neighborhood. A few days ago, he received the following email alert:

While at LAX on Lark Street picking up a take-out order at approximately 11:00 pm, he encountered a woman on crutches.  From what I understand, he had a brief conversation with her and she asked for assistance to get to her vehicle.

He accompanied her to her car, just down Lark Street to Spring Street. When arriving there two men jumped him and beat him about the head and face.  He required several stitches to the back of his head and his face was swollen, cut and bruised. In additional, they stole his wallet and immediately began to use his credit cards.  At least $5000 has been charged thus far.

This incident is extremely troubling, first and foremost for our neighbor who was victimized.  Secondly, it happened at 11:00 pm, and hour that many of us might be in a Lark Street restaurant.  And lastly, we all would like to think we’d help a person in need.  The woman on crutches was used as a ruse to get our neighbor to the scene of the crime.

~Be Aware and Be Careful~

At 11 pm on Lark Street, it’s usually still a very happening time. This could have happened to anyone in the area.

It’s rather sad that innocent people are victimized in ways such as this, and really drives home the point that you really cannot trust anyone. Should we stop helping people that seem to be in need? I don’t think so. Rather, being prepared for something like this seems to be more appropriate.

I wasn’t there when this incident occurred, so I cannot comment on the actual events, but it still reminds us of how important it is to be aware of our surroundings at all times.

Even if you’re the best shot in the world, your firearm isn’t going to help you if you’re blindsided and knocked unconscious.

It also reminds me of the great decision I made years ago to get my concealed carry permit and start practicing with — and carrying — a firearm.

Previous article: Why I Carry At Home: Homeowner Lucky He Was Able To Reach His Gun After Being Tied Up Next article: An Open Letter To Rodney McMullen, CEO Of Kroger, And The Entire Kroger Family, Regarding Shannon Watts And Moms Demand Action