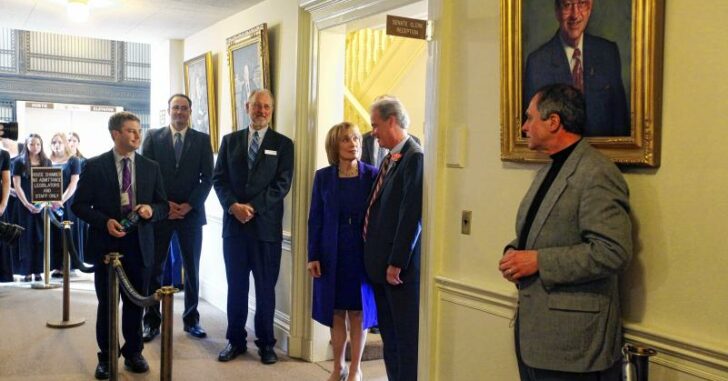 CONCORD, NEW HAMPSHIRE — While Maine is awaiting their Governor’s official response to their version of constitutional carry, New Hampshire will have to wait just a little bit longer.  Governor Maggie Hassan has ruled that such a thing as permitless concealed carry ought not exist on her watch, in her state.

“New Hampshire’s current concealed carry permitting law has worked well for nearly a century – safeguarding the Second Amendment rights of our citizens while helping to keep the Granite State one of the safest states in the nation,” Governor Hassan said in her statement to the Concord Monitor. “Our concealed weapons permitting system gives an important oversight role to local law enforcement, while allowing for appeals through appropriate channels.”

As it presently stands, local mayor, selectmen, police chiefs and sheriffs are the issuing authority for a license to carry a pistol – concealed or otherwise.  Though, in the state of New Hampshire, residents can open carry a pistol as long as it is not loaded.

159:4 Carrying Without License. – No person shall carry a loaded pistol or revolver in any vehicle or concealed upon his person, except in his dwelling, house or place of business, without a valid license therefor as hereinafter provided. A loaded pistol or revolver shall include any pistol or revolver with a magazine, cylinder, chamber or clip in which there are loaded cartridges. Whoever violates the provisions of this section shall, for the first such offense, be guilty of a misdemeanor. For the second and for each subsequent violation of the provisions of this section, such person shall be guilty of a class B felony, provided such second or subsequent violation has occurred within 7 years of the previous conviction.

So, Governor Hassan strikes down constitutional carry in New Hampshire.  Does this really affect the price of beans for New Hampshire residents?  In most cases – no.  The permitting process is very simple – show up to your town hall and apply with the police station.  They don’t do fingerprinting or require any formal training.  So long as you are not disqualified due to federal or state restrictions forbidding you from owning or carrying a firearm, you’ll get your permit in less than 14 days from the date you applied.

The Current Permitting Law Does Have A Fault

Where the current law draws ire from gun advocates is this line in the law:

Good reason… We’ve heard that line before, right?  Oh, yeah – in D.C.  The chief of police for the Metropolitan Police Department (MPD) uses the ‘good reason’ clause all the time to deny people their right to bear arms in the nation’s capitol.

So “good reason” gets abused quite often.  Is it being abused in New Hampshire?  The better question to ask – can it be abused?

And the answer is yes.  Prior to Governor Hassan’s veto of S.B. 116, Garry Rayno commented in the Union Leader that this provision allows racist interpretation of the law by police and politicians who don’t want to see minorities get access to a license to carry permit.

Obviously, Hassan was not swayed by this argument.  Could this law be used unjustly?  Yes.  If you find a case example in New Hampshire courts of an issuing authority making that determination to not carry based upon racist ideologies – please list the court ruling in the comments below.  This is not to say it couldn’t be – it’s just saying there appears to be a distinct absence of evidence to support that assertion.

As a New Hampshire resident, I would like to see us eventually get on the same sheet of music as Vermont when it comes to constitutional carry.  It looks like it won’t happen this time.  Perhaps when Maine finally gets around to signing their constitutional carry laws into effect, we’ll finally have the argument necessary to prove our case.  In the meantime, the police chief still gets his $10 per application.