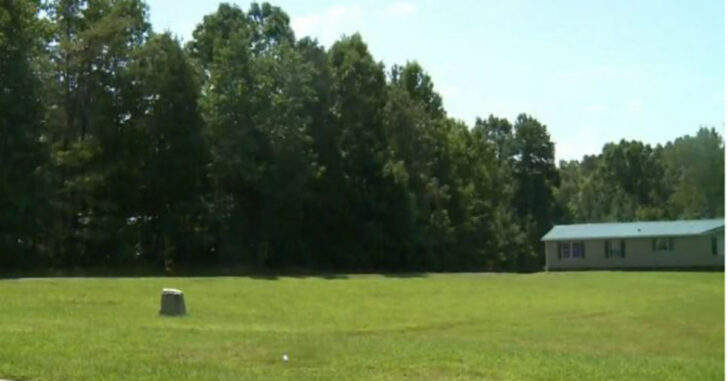 SNOW CAMP, NORTH CAROLINA — Two North Carolina girls, home alone, bravely fought off a group of home invaders that came by expecting easy pickings. One of the girls, a teenager, got a rifle and pointed it at the first guy to come in the door. All three home invaders realized there wasn’t nothing in the house worth dying over and fled the scene.

According to CBS North Carolina, Alamance County Sheriff’s Office arrived on the scene to discover the two sisters in the home and the intruders long gone. They reported that the men had initially knocked on the front door and the older sister looked and saw that there were three unfamiliar men on the front porch and got her daddy’s rifle.

As it turns out, that’s precisely what she should have done.

When the men thought no one was home, they moved around back to break in.

No sooner had the first one entered than he was staring down the barrel of a loaded rifle.

“I am in awe of that young lady,” Jackie Garrison said. “To have had that kind of thoughtfulness going on in a time of crisis in her head to where that’s what she did, instead of running and hiding. She probably stopped something major from going on.”

“There’s a school of thought where folks will say, ‘I’m armed, and if someone comes in my house someone is going to get shot or die,’” Puckett said. “There’s the other school of thought to retreat. Where someone would retreat out of another exit. Go into another room and barricade themselves.”

We’ve often discussed both schools in some of our other articles.

In general, if you can get away from a fight — do so. However, in your own home, it’s all about defensive strategy. These little women were proactive. They came right out to the attackers and let them know precisely what they were in for.

Personally, I think these attackers — who outnumbered the girls — likely realized that this wasn’t going to end well either way and wisely decided to retreat.

That’s the problem with bravery. It can lead to very binary decisions. These guys looking to rob a home had to come to terms with the fact that their primary opponents would be two adolescents, one of whom was armed.

I don’t know what world you all live in but I’m personally thankful that the bad guys either let cowardice rule their day or just decided that there ain’t nothing in that house worth fighting and potentially dying and killing over.

There’s a lot of assumptions that go on when we look at this picture.

Children don’t need to be protected from guns. They need to learn how to use them.

Alongside how to use them comes the ‘when’ to use them. Defending your home is about right. These two adolescent girls made the right call. I would have liked to see a bit more defensive strategy but who the heck is going to armchair general a situation where no loss of life was involved?