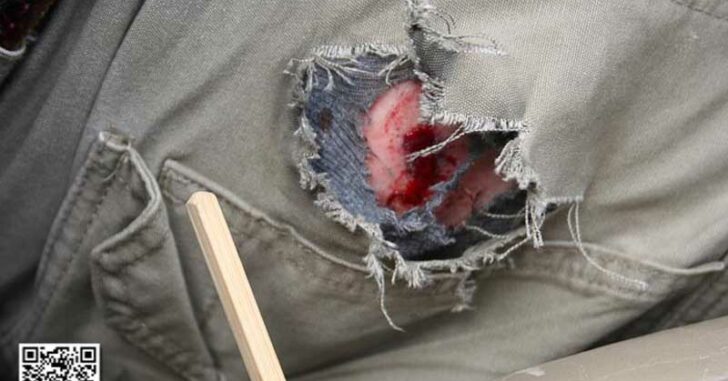 Reader Jessie left us a story on our Facebook page, and it goes a little something like this:

Just had a patient in the ER that shot himself in the hip while reholstering his Kimber 1911 .45ACP. Didn’t know the brand of the holster but it was a leather iwb. He said that the weapon was completely holstered when it went off.. Bullet only traveled about and inch, in and out the side of his hip. Very clean. The hydroshock round traveled through the floor and came to rest unmushroomed on the floor below, no one else was hurt. I’m pretty sure that material had gotten in between his trigger and the holster when he was reholstering. This guy is a recently retired Army Ranger. He has been well trained. Mistakes happen to the best of us and the fact that it happened to this man shows that one must never become complacent. Remember, just because you are reholstering you weapon does not mean that the risk to yourself and everyone else around you is over. Clear those cover garments when reholstering!!!

I personally have two guesses as to what happened, both of which involve something getting into the trigger guard:

Guess 1: A piece of clothing, such as his shirt, got ‘clumped’ into the trigger guard and once the pressure was put on the firearm to get it inside the holster, the clump of clothing depressed the trigger. Bang.

Guess 2: Assuming it was an all-leather IWB holster, my second guess looks a little like what happened a few years back in the photos below. In an instance like this, the holster itself is what gets into the trigger guard and depresses the trigger. Again, Bang. The images above have been referenced on our site numerous times and come to us from ITSTACTICAL.COM. You can read the story surrounding the above images here.

The bottom line: things like this happen, and it’s why I push for people to use molded holsters. The holster in the example image above is a generic holster that isn’t made for any particular firearm. A molded holster, on the other hand, is designed specifically for your firearm and no other.

If it’s molded, it’s much less likely to have anything like this happen… if at all.

It could save you a trip to the ER.

Previous article: Florida Expiditing Concealed Carry Permits For Active Military And Veterans In Wake Of Chattanooga Attacks Next article: 6 Companies That Don't Want Your Firearms Near Them - And How You Can Replace Them