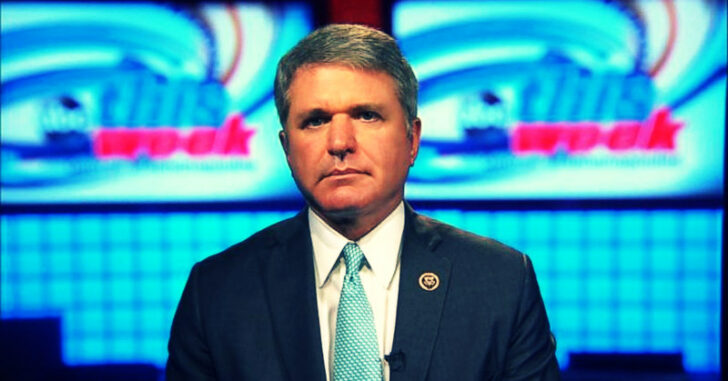 Even now as the FBI begins its investigation on the diaries of the gunman, no clear signs are evident as to the rationale for the crime.  Following on the heels of a similarly disturbed event in Charleston, S.C., it only looks more probable that the systems in place to protect us can only do so much – the rest is truly up to self-defense.

Rep. Michael McCaul, a Texas Republican on the House Homeland Security Committee, commented for ABC News that he feared the rising growth of radical online recruitment would only leave more room for future attacks like Chattanooga.

He expressed his concern about the growing rate of radicalization and recruitment online.

“We have about 200,000 ISIS tweets per day that hit the United States,” he said. “The chatter is so loud and the volume is so high that it’s a problem that’s very hard to stop and disrupt in this country.”

McCaul said there are active terror investigations in all 50 states, and there have been more than 60 ISIS-related arrests in the past year. While he commended the efforts of law enforcement, he said: “What keeps us up at night are the ones that we don’t know about, and I’m afraid that [Chattanooga] falls into that category.”

However, the ABC News report filed from Chattanooga paints a different picture about the gunman’s motivations – namely clinical history of depression and drug abuse.

Does the rationale matter?  No.  Only actions matter.  And in the case of Chattanooga, Charleston, and countless other places – we’re seeing a trend of lone individuals capable of doing extreme damage to life and livelihood in a short amount of time.

It’s becoming more and more evident that concealed carriers are living in an unpredictable world where future attacks cannot be fully anticipated nor planned for by emergency services.  As such, it’s all the more important to remain ready by maintaining situational awareness.

The need to ensure the safety of one’s self, family, and property are central to the right to bear arms in a concealed form.  As such, even as politicians scramble to find solutions to lone gunmen – the concealed carry community knows the only solution lies in ensuring a better awareness of one’s personal defense at all times.

Regardless of what each state concludes in terms of how best it should protect its citizens, carrying a concealed firearm every day is the easiest and safest way to ensure you are able to respond if the need arises.

Previous article: BREAKING: Marine Killed In Chattanooga Attack May Have Been Armed, Forensics Determining If Marine Shot Suspect Next article: Best Advice For Those New To Concealed Carry