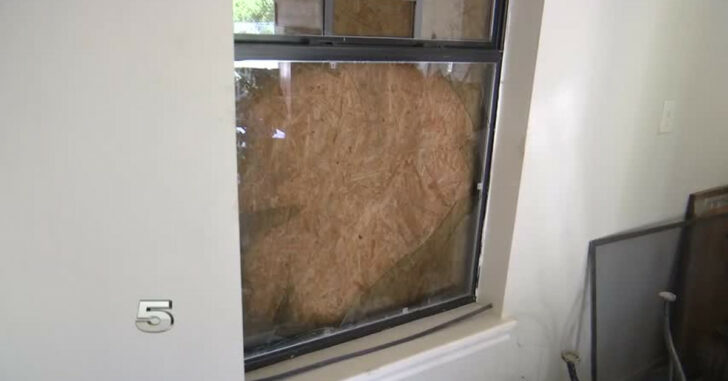 MISSION, TEXAS — A 71-year-old disabled veteran shot a burglar who had broken his way into the man’s laundry room. The suspected burglar managed to escape but a short time later, a woman called police claiming her son was shot. He has since been charged with the burglary.

As KRGV News 5 reports, the home owner first heard a knock on his door. He grabbed his gun and headed to see who it was. That’s when he heard a crash through a window. He made his way to the laundry room where he encountered a man and told him not to move. The intruder decided he wanted to try his luck and made a move. That is when the home owner shot him.

Police have charged the intruder with the burglary and have not charged the home owner with a single darn thing because thankfully, in Texas, they understand a person has a right to live in his home without being assaulted and robbed.

The crime occurred before noon time, suggesting the robber pretty much didn’t care if anyone saw him doing anything because he probably figured everyone was away at work. Those little bits of strategy obviously didn’t count for the most obvious: you just need one gun owner home to end the operation real fast.

Here’s the other thing we found interesting. We’ve been reporting on home invasions and burglaries for awhile now. In almost every single instance when a homeowner gives an intruder the option to just stop what he’s doing and hang tight until police arrive, it’s a 50/50 toss-up between attempting to flee or making a move towards the home owner.

It’s like the average crook breaking into homes just doesn’t get the idea that all he has to do is sit tight and he’s got a relatively minor charge and absolutely no worries about being hurt. No trip to the hospital, no life-threatening injuries.

Well, we’ve discussed the merits of not robbing convenience stores and not burglarizing homes but they just don’t seem to listen. I guess we’ll just have to keep carrying a gun while we’re in the home or just about anywhere we’re legally allowed to. Crooks are too dumb to get the memo.