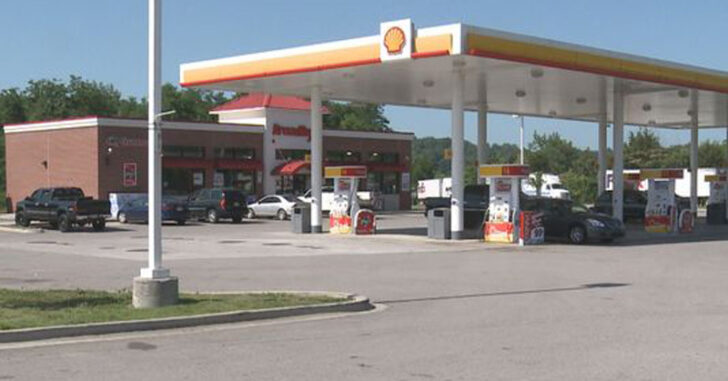 KNOXVILLE, TENNESSEE — A female store clerk was being held up at gunpoint in the early morning hours on Monday, but someone was watching things unfold from outside.

That person outside, in his vehicle, was a friend of the female store clerk. As he was in his car, he watched as the armed man began his attempted robbery. At that point, the friend retrieved his 9mm handgun and went into the store. He fired once at the suspect, identified as 18-year-old Tamon J. Stapleton.

With that single shot, Stapleton was pronounced dead at the scene by police.

In an update to the incident, police made it clear that the friend would not be facing any charges, as he acted in self-defense of another.

“You are allowed to defend yourself with both reasonable and necessary force, and the defense of another is appropriate should somebody else that you’re with or acquainted with also be placed in similar danger,” Don Bosch said.

In a twist to the story, the mother of Stapleton is saying that she will fight for charges against the man who shot her son, but police say the case is closed.

The mother had this to say about the shooting:

And the police response:

“You don’t have time. He did not have time to make a phone call. He made the right call in protecting the female clerk. He will not be charged because he was acting in good faith at a time that a person was in jeopardy of losing their life.”

While I grieve for this mother and the loss of her son, the facts are here and they present to us a justified shooting in the defense of another person. What made her son walk into the store with a gun is anyone’s guess. But as soon as he made that decision, there are consequences that come along with those actions and sometimes, the consequence is being met with armed resistance.