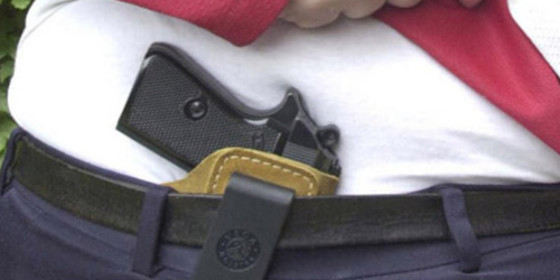 In another win for the pro-gun population, a Bill was approved in Florida that would allow people with concealed firearms licenses to carry on State College and University grounds. Another addendum was mentioned that will allow non-license holders to carry firearms during emergency evacuation orders. It has some remaining hurdles to clear, but it’s moving in the right direction.

I will note that the Bill barely passed with a narrow vote, and still Democratic Senators argued that allowing concealed carry on campus grounds would only serve to allow “mini militias” to form. I’m not certain what the Senators definition of a mini militia is, but my own grasp of history tells me militias are what made this country free in the first place. They claim this Bill will send the wrong message to students and parents. I happen to think it sends a positive message to all; including those that would wish to do harm on campus.

Currently, most campuses are marked as “Gun Free” zones; and as the proposer of the Bill stated, most “Gun Free” zones are just a signpost for those that care little about following the guidelines of a posted sign or obeying the law.

A point was made during the Bill’s discussion that campuses are simply not safe. I couldn’t agree more. While police response to an incident may be rapid, the few precious minutes between the beginning of a shooting and law enforcement arrival are crucial. Having armed students and faculty with legally concealed firearms could mean the difference between zero to minimal casualties and a massacre. The mere knowledge that there are legally armed citizens within the campus could certainly be enough to deter any would-be criminal from committing malicious intent.

Arguments are made on both sides of the Bill, however I believe that allowing concealed carry on campus far outweighs the negative aspects some anti-gun activists might bring up. Concealed Carriers are law abiding citizens, not criminals. Bills such as this can only aid in creating a safer learning environment for students and allow teachers peace of mind knowing that should the unfortunate occur on campus, there are those present capable of deescalating the situation before it becomes another tragedy.

I hope other States follow the example of those striving to better secure these so called “Gun-Free” zones. Allowing the carry of firearms by licensed concealed carry holders is certainly a bold and great stride in the right direction.