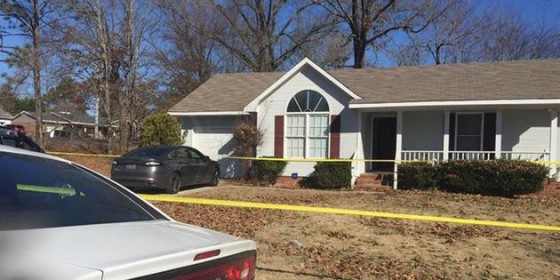 A Fort Bragg soldier was mistakenly shot in the chest by his wife this morning after she feared that he was an intruder.

Zia Segule, 28, left for work this morning and his wife, 27-year-old Tiffany Segule, set the house alarm and went back to sleep. Zia returned to the home and wanted to surprise his wife with breakfast. He entered the home through the front door and the alarm sounded, which woke up Tiffany.

Fearing that an intruder had entered the home, she fired a shot at her closed bedroom door when she heard someone on the other side, hitting her husband in the chest.

It is not known if he announced himself after coming in the home, but I imagine that he didn’t, as he was trying to surprise his wife.

Zia was taken to the hospital and has already been released. He declined to speak in detail with media when he returned home early Friday afternoon, but said “I’m good.”

Tiffany was taken to the police station and questioned. Police believe that she was on edge after numerous break-ins in the area.

So, what is the lesson that we all take away from this? That’s right; ALWAYS be sure of what your target is, and NEVER shoot through a door or a wall. There is no way of knowing what could be on the other side. Lucky for this guy, he survived.