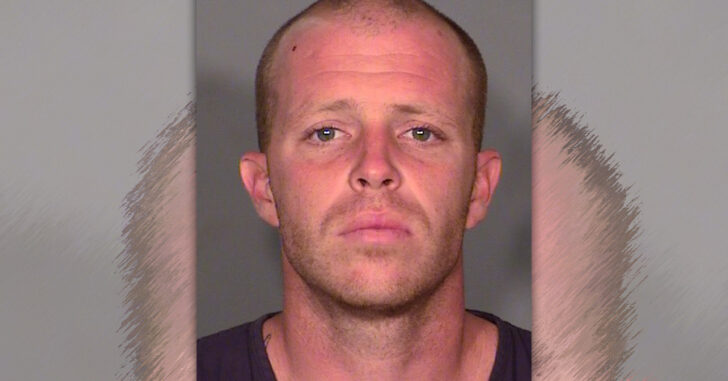 I’ll be the first one in the room to promote self defense and the carrying of a firearm for those same purposes, however there are instances when drawing your firearm is not the right course of action. While some will disagree with me, I feel that this is one of those cases.

28-year-old Dillon Webb walked into a Red Lobster in Las Vegas with a gun and then walked back out the door with the cash register late Thursday night. As he was making his way into the parking lot, an armed citizen drew his firearm and fired a shot into the air. This successfully scared Webb to the point where he dropped the cash and took off.

Police later caught up with Webb and arrested him on numerous charges, including armed robbery with a deadly weapon.

But what about the armed citizen who fired that round into the air? I’ve always been taught that if I ever need to draw my firearm in self-defense, I need to place myself in immediate harm of severe bodily injury or death. Unless the robber was pointing his firearm at me while running off with the register, I’d likely duck behind a vehicle or other cover while the robber went on his way.

Sure we don’t like to see the bad guys get away, but there is a time and place for drawing your firearm. Moreover, it is my opinion that warning shots are never a good idea. If you draw your firearm on someone, your intent is to pull that trigger if the need arises, while your sights are on your target. If you are not in a position to justify the use of deadly force, your firearm should remain in it’s holster.

Here is a satellite view of the immediate area where the robbery occurred: From the image, we see that this did not take place in the woods. There are numerous businesses, developments, and even a major highway. That bullet landed somewhere, and it could have injured an innocent bystander. And for what, a robber who was trying to get away with a few bucks?

Luckily, there were no reports of any injuries in the area but had there been, this armed citizen could be facing some serious legal hurdles.

What do you think about the armed citizen’s actions? Would you have done the same thing, or would you have let the robber go on his way?