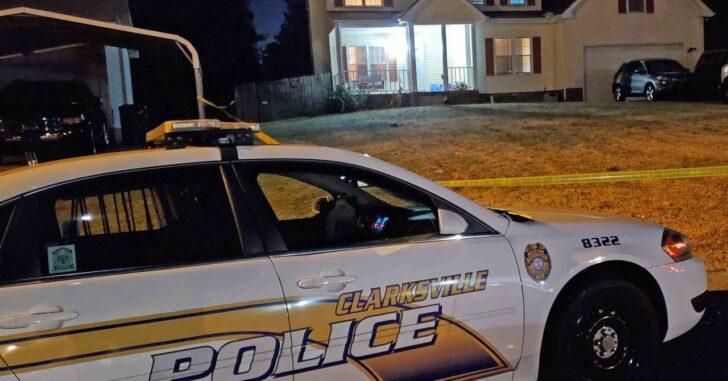 CLARKSVILLE, TENNESSEE — A home invasion turned deadly in Tennessee recently when two groups of people inside the house starting shooting at each other. The first group was a pair of armed home invaders, and the second was a group of adults inside the home; not all of whom lived there.

Police said at least two men went into the home in the 1000 block of Dandelion Road through an unlocked door just before midnight.

After an argument broke out between the men and those inside the home, two people were shot and killed, 33-year-old Deontrea Milligan, who lived in the home, and 37-year-old Nicoli Jefferies. Police said Jefferies was found dressed in dark clothing and wearing a mask.

There is something curious about how the report described what happened. They said the two groups got into an argument which led to the shooting. I find it strange that during the middle of an armed home invasion, an argument between the two sides could break out. In these situations usually there is very little time to argue if one’s life or family’s life is in danger.

Another strange tidbit about this story is that a number of the adults who were in the home at the time, fled before the police arrived. It seems like this could be a case of something more than just a home invasion, but police are still investigating all the details.

We are happy to hear that the people inside the home were able to defend themselves from these thugs, and in fact managing to shoot and kill one of the invaders. It is, however, unfortunate to hear one of the residents of the home was shot and killed during the shootout.

An update to this story says police have two warrants out for suspects who are identified as being involved in the home invasion. Add that to the third who was shot and killed, and this raises the total number of men who were part of the home invasion group.

Previous article: Brother Kills Brother In Fatal Domestic Dispute Shooting Next article: The Most Important Thing We Learned From The Escapade In New York This Weekend