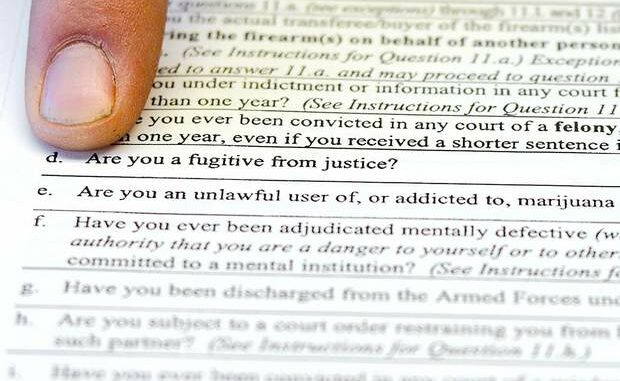 Currently, the County Sheriffs of Colorado concealed handgun permit application asks if the applicant is “an unlawful user of, or addicted to, marijuana, or any depressant, stimulant, or narcotic drug, or any other controlled substance.”

The Colorado-based group Guns for Everyone is working to change this. Since it was voted in 2012 to legalize the drug, it’s becoming unclear what type of user would be considered under the state law as “unlawful.”  Edgar Antillon is the co-founder of Guns for Everyone. He explains,

“Our goal is to have Colorado’s concealed handgun permit law sync with Colorado’s marijuana laws.”

Proponents delivered a draft to the state, and if it is approved for signature gathering, they would need to obtain 86,105 signatures in order to place the initiative on the ballot for voting.

Now that the use of marijuana is legal in Colorado, it is being compared to the consumption of alcohol. Isaac Chase is the co-founder of Antillon’s Campaign for Equal Gun Rights. He says,

“Marijuana is legal in Colorado, and the people voted to regulate it like alcohol. Consumers of alcohol are allowed to conceal, so should marijuana users.”

Share your thoughts on the new proposal. Do you think that marijuana users should be permitted obtain to a concealed carry permit? How do you think this compares to the consumption of alcohol?

Previous article: [BREAKING] PA Man Wanted By Police For Murder Tries To Carjack Person Who Is Concealed Carrier, Shots Fired Next article: PBS Has A Gun Control Poll And The Results Are Amazing