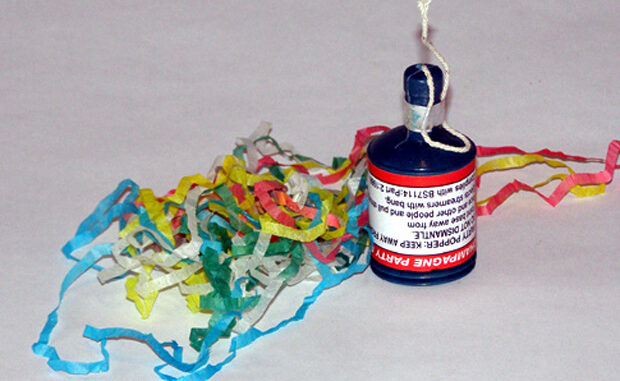 Here’s something you don’t hear everyday. Students in Florida could be facing punishments after the confetti birthday favors they were playing with on the school bus were mistaken for gunshots.

“Once he heard the pop, even though it may be wasn’t exactly the sound of a gun he just wanted to be precautionary and so he called for backup. He did the right thing.”

It was quickly reported that there was no threat on the bus and the students did not mean any harm. The bus then continued on its route.

After seeing pictures of the purple confetti popper, which the school district identified as a toy gun, parents shared their thoughts on the situation. Juanito Rosario said, “It doesn’t look like a gun to me at all.” Not everyone agrees thought. April Seashock’s son attends the same school as the students who were involved in the incident said, “He goes there, If he had something like that I would expect him to get punished for it too.”

Other parents believe that perhaps the bus driver overreacted to the situation, and maybe should have contacted the school rather than the police.

For now, the school district will not comment on whether the students involved will receive any punishment, they did say that code of conduct violations like this typically lead to disciplinary action. Townsend shared,

“Anytime there is an issue where students are carrying items they’re not allowed to have at school and toy guns specifically are a prohibited item there is some disciplinary response.”

What are your thoughts on the incident? What would you have done if you were in the bus driver’s position?