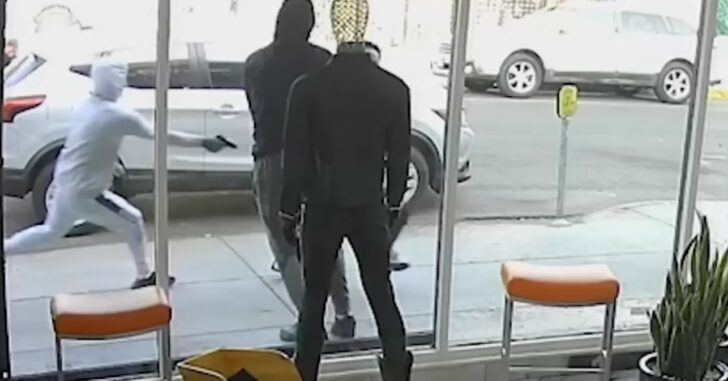 If the victim in the incident below were armed, there isn’t much he could have done outside of being aware of what was happening around him and acting on the suspicions that he did in fact have.

As the man was walking down the street, two suspects get out of a vehicle and tail him. The man saw them and noticed something off, but didn’t take any action to distance himself from them. Before he knew it, they were on top of him and one had a gun.

As soon as the man made them aware that he wasn’t going to comply, the armed suspect opened fire and continued to chase the man, firing a total of six shots. Every single shot missed, thankfully, and the man was able to get away.

Both suspects were captured, and the trigger-puller was sentenced to 30 years.

Previous article: Suspect Shot Dead By Armed Man During Attempted Carjacking In Houston Next article: No, This Doesn't Mean 'Free Gun' In Your Rental Car