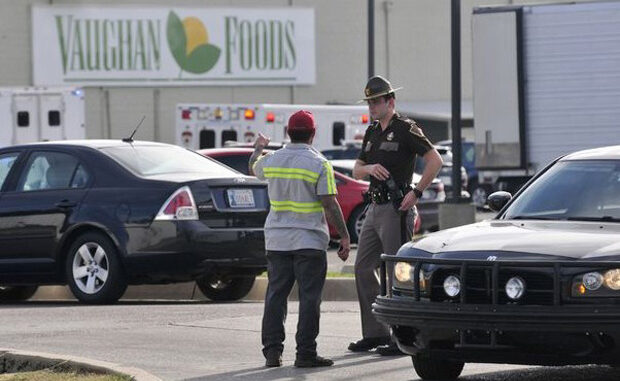 What a crazy and sad story this is, and it comes to us from this country. A just-fired man from a food processing plant in Oklahoma went to the entrance of the building he worked at, right after leaving the human resources building, and beheaded a woman. Then, he went on to attack another worker when he was shot by the owner of the business, Mark Vaughan, who also happens to be a reserve sheriff’s deputy.

The attack killed Colleen Hufford, 54, and injured Traci Johnson, 43. Johnson is in the hospital listed in stable condition.

The 30-year-old man who committed the beheading and stabbing is currently in the hospital and has not been charged yet. Police are waiting for him to regain consciousnesses until they place him under arrest.

We are saddened to hear of the death of Colleen Hufford and the injuries to Traci Johnson, but are happy to learn that this violent rage was able to be stopped by an armed person in the immediate area. If the owner hadn’t been there with his firearm, this attack would have surely continued.